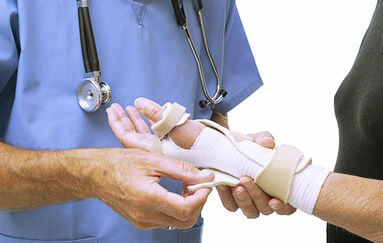 A new study performed by U.S. and German researchers has found that vitamin D deficiency can cause premature aging of the bones.

While it has been known for some time that a lack of sufficient vitamin D can increase the risk of bone fracture due to low bone density, this new study is the first to find that it can also actually decrease the quality of bones themselves.

This news is especially troubling because according to the National Health and Nutrition Examination Survey, approximately 42 percent of Americans suffer some level of vitamin D deficiency. Vitamin D is essential to the body’s ability to absorb calcium.

The study was conducted with the combined efforts of scientists from the U.S. Department of Energy’s Lawrence Berkeley National Laboratory and the University of California, Berkeley.

Robert Ritchie, who led the U.S. portion of the team, says, “the assumption has been that the main problem with vitamin D deficiency is reduced mineralization for the creation of new bone mass, but we’ve shown that low levels of vitamin D also induces premature aging of existing bone.”

Data for the study was compiled by the German portion of the team, led by Bjorn Busse of the University Medical Center in Hamburg, Germany. The German team collected and analyzed samples of iliac crest bone cores from 30 study volunteers. Half of the subjects were vitamin D deficient and had signs of early osteomalacia, a softening of the bones linked to inadequate mineralization.

Results showed that the subjects who were deficient in vitamin D had lower levels of overall bone mineralization, because the mineralized bone itself was reduced, however, underneath the surface, the underlying bone was heavily mineralized and showed the characteristics of older, brittle bone.

According to Ritchie, “fracture mechanics measurements and CT-scanning of the crack path indicated that vitamin D deficiency increases both the initiation and propagation of cracks by 22 to 31 percent.”

When the body does not receive enough vitamin D, the body uses calcium from bones in order to maintain normal calcium levels in the blood. This depletes the body’s ability to form new and healthy bone mass.

Inadequate levels of vitamin D have also been linked to chronic bone pain, diabetes, autoimmune disorders, multiple sclerosis and some types of cancers, including colon cancer. In extreme cases, vitamin D deficiency can cause rickets in developing children, which can lead to bone deformities.

While the Institute of Medicine currently recommends 600 IU of vitamin D per day for adults and 800 IU per day for those over 70, Dr. Reinhold Vieth, Canadian researcher in this area, argues that this quantity is woefully inadequate. According to his work, a number closer to 4,000 IUs is needed.

The best source of vitamin D is the sun, since our bodies are able to generate vitamin D naturally. However, particularly for people in more northerly climates, it is difficult to get adequate sun year round, not to mention that it is difficult for almost all of us, regardless of where we live, to get enough sunlight each and every day.

A diet rich in foods that provide vitamin D is helpful, however it would be difficult to get enough vitamin D from our diet. Great sources of vitamin D include fish, such as wild salmon and Pacific flounder, pastured pork, organic milk, preferably whole milk, and cage-free eggs. Shiitake mushrooms and grass-fed beef liver can up your D-quotient, as can ricotta cheese, which has about 5 times as much vitamin D as other cheeses.

In order to get adequate vitamin D, you will likely need a supplement. Whenever looking at supplements always make sure you do your research – avoiding ones that have any additive ingredients that might compromise your health.

Bottom line – make sure you are getting enough vitamin D – your long-term health depends on it!