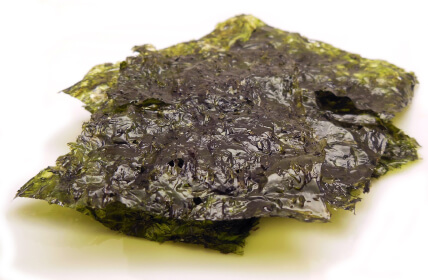 Author and alternative medicine television personality Chris Kilham, best known as the Medicine Hunter, recently discussed how adding seaweed to your diet can be a great way to boost weight loss.

This superfood has been a staple in Asian diets since ancient times, and is known as one of the healthiest foods that can be consumed – packed with vitamins, minerals and antioxidants.

Kilham notes that seaweed is also plentiful in the ocean – free and readily available in massive amounts – making it a very sustainable food.

According to ThinkProgress.org, seaweed is one of the fastest growing plants in the world, growing at a rate of 9 to 12 feet in just a few months. Seaweed farms have the capacity to grow massive amounts of nutrient-rich food.

Professor Ronald Osinga at Wageningen University in The Netherlands calculated that a global network of sea-vegetable farms, about the size of Washington State, could provide enough protein for the entire world population.

One of the reasons seaweed is so good for weight loss, Kilham states, is that not only is it low in calories, but the act of chewing and digesting it likely burns more calories than what you’re taking in – ultimately you’ll end up with a calorie deficit when consuming seaweed.

A 2010 study confirms another one of Kilham’s findings; eating seaweed may reduce the rate of fat absorption by 75 percent due to its inhibitory effect on a digestive enzyme known as lipase. This surpasses the ability of most anti-obesity treatments available on store shelves.

The fiber found in seaweed also offers many other health benefits in addition to weight loss including:

Just a few of the benefits of seaweed’s antioxidants, vitamins and minerals include:

How can you add seaweed to your diet?

There are many different types of seaweed; kombu, nori and arame are a few of the most popular forms.

Kombu: For those who prefer something that is thicker and more full-bodied, kombu may be an ideal choice. It can be added to a winter stew or used as a flavorful broth known as dashi, the chicken stock of Japan.

Just simmer a strip of dried kombu in water for about five minutes. You can also add a kombu leaf the next time you cook beans, or add a few strips in with a pot of brown rice.

Nori: Nori is a type of seaweed that many people are familiar with. This is the thin wrapping used for sushi rolls. Nori strips can be toasted in the oven on low heat to make a great snack.

Or, you might also cover a sheet of Nori with cooked brown rice and add a layer of vegetables, like sliced carrots and celery, and top it off with a dash of wasabi. Roll it up and dip it in a sauce made of toasted sesame oil, ginger, rice vinegar and tamari.

Arame: Arame is a great choice for someone just beginning to use sea vegetables, due to its mild aroma and taste. Soak arame strands in cold water for five minutes – keep in mind that over-soaking can draw out important nutrients. Combine a little chopped arame with cooked rice or millet. It also makes a good addition to salads.

Get creative and find new ways to add seaweed to your daily diet!