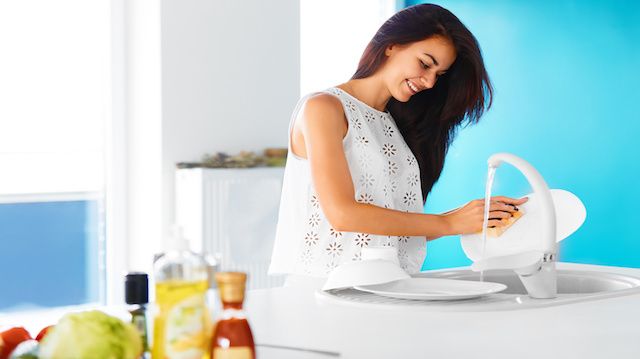 A new study published in the journal Mindfulness in 2015 has found a new effective way to relieve stress. No, it isn’t meditating or yoga, it’s washing dishes. However, there is a catch.

The study’s authors found that washing dishes could be an effective way to relax and reduce stress, but the dishwashers had to engage in a specific pattern while washing. Rather than daydreaming or stressing about other tasks they had to do that day, the dishwashers who were mindfully focused on the moment and the task of washing dishes had the most stress-fighting benefits. These washers focused on the feel of the dishes, the temperature of the water and the smell of the soap and were pushed into a positive state of relaxed thinking that curbed stress.

According to the authors, mindfulness is an effective way to de-stress by focusing on the moment and allowing complete awareness of the present. The study suggested that focused mindfulness is able to improve sleep, reduce anxiety and fight stress.

Lead study author Adam Hanley said in a statement about the study, “I was particularly interested in how the mundane activities in life could be used to promote a mindful state, and thus, increase overall sense of well-being.”

Harnessing the stress-relieving power of dishwashing

The research team had 51 college students wash dishes. Beforehand, the dishwashers all read short passages about dishwashing — half of the group read descriptive passages on dishwashing, and the other half read about mindful dishwashing, such as being focused on the present moment.

The authors found that the focused dishwashers felt more positive about the task and had a 27 percent reduction in nervous energy and a 25 percent increase in mental inspiration. 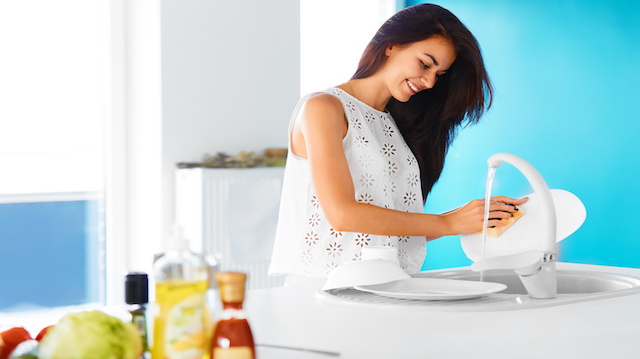 “By attending, intentionally to the dishes in front of them, the mindful dishwashers were likely to be less swept up in the stream of mental chatter that can preoccupy daily life,” Hanley said.

If you want to harness the stress-relieving power of dishwashing, follow the same techniques that the study participants used: Focus fully on the task at hand, and try to enjoy each step rather than focusing on things you are not doing or should be doing instead. This helps calm the mind, relieve stress and prevent nervousness. You can also apply the same techniques to any common household chore. Not only will you actively work to reduce stress, you may find that you start to enjoy day-to-day chores more and even look forward to them.

And the next time your significant other or children complain about feeling stressed, suggest they do a load of dishes to relieve their stress. They may never complain again.