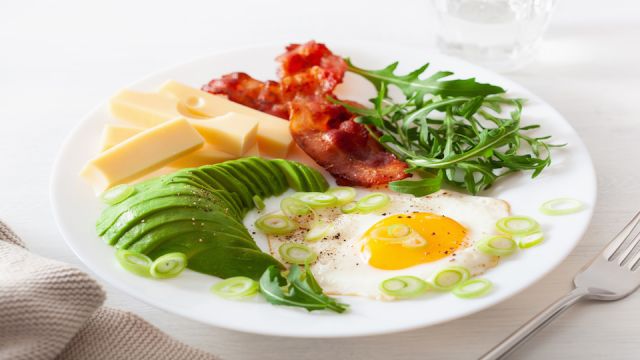 Chances are if you have been on the keto diet for a while you have heard of the condition called “keto crotch.” Although this somewhat stinky side effect of eating a keto diet has no real research to back it up, people on the diet are reporting a less than pleasant odor coming from down under.

Keto crotch is much like another phenomenon, keto breath, often experienced by people eating a low carb, high-fat diet. As the body goes into ketosis and is breaking down fat as opposed to carbs for fuel, it releases ketones. These chemicals are naturally produced in the body, but when the body produces more of them, the excess can cause your poop, pee, and breath to smell a little bit.

According to Jessica Shepherd, MD, a gynecologist in Dallas, the keto diet changes the vaginal pH – and that changes your vaginal odor. This is probably what people are referring to when they say “keto crotch.”  The odor should not last long – perhaps for the first couple of weeks when you start the diet. If, however, the odor is accompanied by itching or burning, you should see a physician.

What about the keto crotch rash?

In addition to a slightly unpleasant crotch odor, some women eating a low carb, high-fat diet, are reporting that they have noticed a rash in their crotch area. However, once your body gets used to the diet, the rash and odor should become less noticeable. If you have a persistent rash, you should make plans to see your physician.

Other side effects of going keto

In the early stages of the ketogenic diet, as your body begins to become efficient at burning fat for fuel, there are a few other somewhat unpleasant side effects you may experience including:

How to reduce the unpleasant side effects of keto