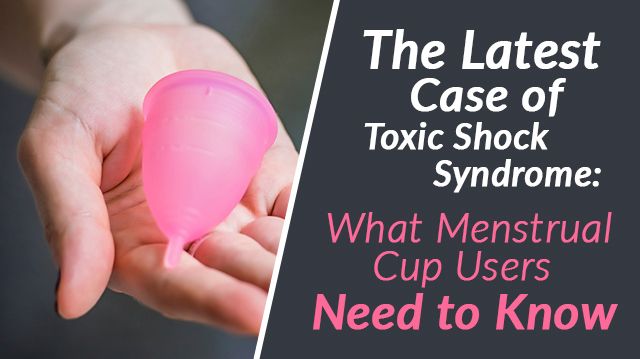 The DivaCup. Lunette. Mooncup. If you are a menstrual cup user, you know these names well.

Marketed as a greener, more natural alternative to tampons, menstrual cups have been growing in popularity over the past few years. A number of dedicated blogs and marketing campaigns attempt to convert women from tampons, often touting the ease of use and cost effectiveness of buying just one cup and not replenishing a box of disposable, synthetic tampons every month. The cups are often made of medical-grade silicone, a rather sturdy material that boasts a “biocompatibility” factor with the human body. For the most part, it will not irritate the vagina like some tampons might.

Manufacturers proudly offer customers the possibility of wearing the cup up to 12 hours with comfort and ease. This extended time period can be a Godsend to women with a heavy flow, especially during the evening. However, aside from its material, convenience, and cost-effectiveness, safety has been one of the biggest selling points of the menstrual cup, since, until the summer of 2015, no medically documented case of toxic shock syndrome (TSS) had been tied to its use.

Tampon enthusiasts are likely familiar with TSS, since a little pamphlet warning of the risks is included with just about any box of Tampex or Playtex. Since synthetic fibers can be breeding grounds for bacteria, women are warned to not leave the tampon in too long. Also, since superabsorbent tampons can cause microabrasions in the vagina (which are perfect pathways for bacteria into the bloodstream) users are urged to utilize only the level of absorbency most appropriate to their menstrual flow in order to reduce the risk of TSS.

According to the Mayo Clinic, “Toxic shock syndrome is a rare, life-threatening complication of certain types of bacterial infections. Often toxic shock syndrome results from toxins produced by Staphylococcus aureus (staph) bacteria, but the condition may also be caused by toxins produced by group A streptococcus (strep) bacteria.” The rapidly-progressing syndrome can result in renal failure, limb loss, or even death.

However, in the summer of 2015 The Canadian Journal of Infectious Diseases & Medical Microbiology released an article confirming the first medically recognized case of TSS tied to menstrual cup use. The patient was a 37-year-old woman who had used a DivaCup 10 days prior to presenting with TSS.

Doctors report that the patient, “… used appropriate hygiene when handling and changing the cup, but retrospectively reported causing a small abrasion during one of her initial insertions.” Also noteworthy: upon examination, doctors found that the use of a menstrual cup satisfies the conditions needed for menstrual TSS to occur. The accumulation of blood in the cup, coupled with a higher pH and the presence of both carbon dioxide and oxygen in the vagina during menstruation, “appears to provide a necessary milieu for S aureus.” While this bacteria is often present on our skin and in our mucous membranes, getting it into the bloodstream via broken skin is what can cause TSS.

What are menstrual cup users to think? Is there a legitimate risk to using them? Are they really any safer than tampons? Prominent OB/GYN Dr. Jen Gunter reminds us that tampon usage far outweighs menstrual cup usage in North America, so comparing the safety between the two is difficult to do without more research.

Her final word on the case: “What this ultimately means is that menstrual cups are also associated with TSS, whether this is a different mechanism or a lower or higher risk than with tampons is not known. Whether you should clean the cup more often than the recommended 12 hours (which does seen [sic] arbitrary) is also not known. I wouldn’t do anything different with just one case report, but I do think we should now make no assumptions that cups are safer than tampons.”

Keeping a logical perspective on this issue is important. According to the Toxic Shock Information Service, a UK organization, “TSS is extremely rare and most doctors will never even see a case.” The reality is, the medical community does not completely understand why some people get TSS and others don’t, along with why some people tend to get recurring incidents of the syndrome.

One theory holds that younger women are more susceptible to TSS, while older women aren’t, since they have had more time to develop antibodies. TSS can also occur in men and children too, through burns, bites, and other abrasions.

One case of menstrual cup-related TSS is not a full-blown study, but is something to consider. A product that is suitable for one person may not be suitable for another; after all, women’s menstrual cycles are very unique. As always, with feminine care and beyond, use hygiene and common sense. But, if you are already a menstrual cup user, don’t feel the need to automatically discontinue use just yet.