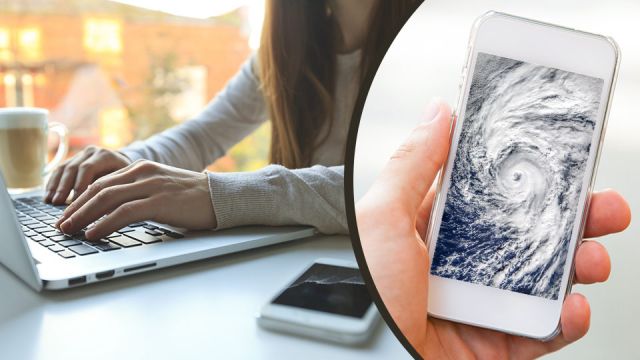 With hurricane season in full swing, knowing which outlets to follow for coverage is becoming increasingly important, especially with so many different options on the internet. It’s clear that we no longer live in an age where we can get the absolute best storm coverage on cable TV from the Weather Channel.

Three storms brewing in the Atlantic

In only a matter of days since Hurricane Harvey has dissipated, there are already three new tropical disturbances in the Atlantic Ocean. Currently at the forefront, Hurricane Irma is about to strike the Caribbean with projections to also strike the United States mainland by this weekend. Behind that, Tropical Storm Jose is gaining strength in the middle of the Atlantic. And another disturbance is in the Gulf of Mexico, which has a 60 percent chance of forming into a cyclone.

As weather technology becoming more advanced, there are several meteorologists who are posting hourly on Twitter about the storms.

For example, Meteorologist Ryan Maue has been posting constantly about the storm since its inception last week, ranging from “eye wall” intensity to updated storm paths.

Maue also re-tweets other great meteorologists and sources, so be sure to check him out.

Another great Twitter page is NASA Sport, which uses many of NASA’s resources, such as highly sophisticated satellites, to pinpoint the storm’s exact location.

Along with Maue, NASA Sport re-tweets other reliable sources, such as Jeremy Smith, a senior meteorologist at FedEx, who is posting hourly about the storm. As the storm approaches Guadalupe, Smith is posting brand new data with information from that region.

#HurricaneIrma picked up by Antigua Met Service, Guadeloupe Radar; will have good data from Puerto Rico before long. #Irma pic.twitter.com/TsCeUocy6S

Real-time information can keep you safe

As opposed to traditional coverage from the Weather Channel, these sources are getting real-time data and there are no commercials. Aside from the listed Twitter sources, some great websites to check out include myfoxhurricane.com and CIMSS Tropical Cyclones Group.

With so many different news options, it is crucial to know that you are getting reliable information. And with so many people currently in the path of these major storms, staying up to date could not be any more paramount. Be safe out there!