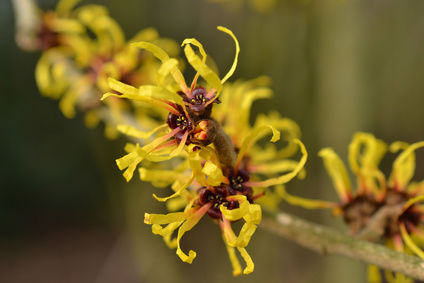 Before western medicine, there was nature’s pharmacy. Leaves, bark, flowers, stems and roots upon which the survival of mankind rested. For thousands of years, humans trusted this pharmacy to provide for their medical needs.

With great advances in technology and the discovery of other orthodox medical practices, herbal remedies were sidelined. The 1998 New England Journal of Medicine criticised the use of herbal and alternative medicine and raised concerns about “unscientific” use. Modern practices have bullied herbal medication out of the way and become the more prominent means of curing illness.

For years, herbal medicine and other alternative treatments have sat in the shadow of great technological advances and new ways to fight disease. Recently, however, there has been a new found interest in living a healthy and organic lifestyle that has relit the flame of interest in herbal medicine. Interestingly enough, herbs, their oils and extracts are being used with more regularity to tackle the side effects that modern medicine and treatments have left behind.

The future of mixing herbal medicine with orthodox practices does look more and more promising though as practitioners all over the globe become willing to acknowledge the shortcomings of modern medicine, and accept what worked for our ancestors so long ago.

Witch Hazel (Hamamelis virginiana), a pretty flowering shrub, is just one of many herbal remedies that we know very little about. In fact, many modern medical practitioners have not even heard of Witch Hazel although its use can be found documented in pages of old medical history.

Native Americans have used witch hazel water as an astringent for centuries. They boiled the stem, bark, leaves and twigs of this shrub to get an extract which was used to treat inflammation, swelling and other skin conditions. European colonists began using witch hazel medicinally in the 1840’s when businessman Theron Pond marketed an extract known as “Golden Treasure.”

Dr. Charles Hawes, introduced Witch Hazel’s healing properties to mainstream medicine after he conducted studies of the extract’s efficacy as a medicine. In 1846, in Connecticut, Hawes Extract was sold for medicine and further refinement of the distillation process by Thomas Newton Dickinson resulted in the first commercial production of Witch Hazel.

The Dickson name has become well associated with Witch Hazel and is still available on the market. In fact, Witch Hazel is a main ingredient in many modern medicines and cosmetics.

You can find steam distilled 100 percent natural Witch Hazel in almost any drugstore, and its source, also known as spotted alder, snapping hazel, tobacco wood, white hazel or Winter Boom, has been referred to as “nature’s power plant.”

Tannins, found in Witch Hazel, are a natural astringent that tighten, dry and harden tissues and also contain Gallic acid, essential oils, flavonoids and resins which make it a powerful antiseptic, antiviral and anti-inflammatory agent.

Witch Hazel has a clean and refreshing aroma that is not only useful for a number of physical conditions but is also a “one whiff” instant pick-me-up for those time when you are feeling a little blue.

Richard Mabey, author of The New Age Herbalist, states that Witch Hazel is a powerhouse herb and a very important component to a healthy lifestyle.

Here are just some of the many reasons why a bottle of witch hazel deserves a prime spot in your home.

Acne: If you suffer from acne-prone or oily skin, witch hazel can be your next best friend. You can throw away all of the expensive face-cleaning pads, lotions and creams and replace them all with an inexpensive bottle of witch hazel and some cotton pads. Simply dab some witch hazel on a clean cotton pad and gently pat the oil from your skin. You will be amazed at how quickly it dries up and heals your skin.

Puffy Eyes: Puffy eyes can be the result of many things including lack of sleep. A quick and inexpensive way to control bags and puffiness is to soak two cotton balls in witch hazel and place them on your closed eyes for about ten minutes. Use this time to relax and the witch hazel will reduce the swelling and shrink the blood vessels.

Bruises: Most people just let unsightly and painful bruises heal on their own. However, you can greatly speed up the healing process by soaking a thin, clean cloth in witch hazel and applying it to the bruise several times per day.

Wounds: Cleaning an open wound thoroughly is important to the healing process and to keep infection at bay. Witch hazel is a safe cleaning solution for all open wounds and scrapes. Apply at least once a day with a clean cotton pad or simply dribble on the wound to reduce inflammation and fight germs.

Hemorrhoids: Witch Hazel is an active ingredient in many commercial hemorrhoid treatment creams, however, it is equally as effective in reducing inflammation, stopping bleeding and soothing itching associated with hemorrhoids when mixed in a little aloe vera gel.

Poison Ivy: There is nothing more annoying than the sting and itch of poison ivy and poison oak. Witch Hazel eases the swelling and rash while speeding up the healing process. Dab some witch hazel on a clean cotton cloth and apply as needed for relief. This will also help keep the rash from spreading.

Varicose Veins: Varicose veins result when veins well up, causing arms and legs to swell making walking and sitting difficult. Traditionally, this condition was treated by soaking a cloth in witch hazel water and wrapping it around the affected leg. This procedure, repeated several times a day, will reduce the inflammation and pain.

Sunburn: After a full day in the sun, apply Witch Hazel to your skin with a clean cotton cloth. This will reduce swelling, itching and keep peeling at bay. Do this a few times a day to heal damaged skill and reduce pain.

Dry Skin: Interestingly enough, although Witch Hazel is an astringent, it is also an effective moisturizer that locks in moisture. The best time to apply the herbal extract to skin is after showering. You can safely use Witch Hazel on all external skin surfaces, including your face.

Dandruff: Rinsing with Witch Hazel between shampooing and conditioning will help moisturize your scalp and promote healing of damaged skin. It works best if you put a little Witch Hazel and water in a spray bottle and apply it as a spray to reduce waste.

Air Freshener: You can even freshen the air with Witch Hazel, since it has a very unique and uplifting scent. Make your own air freshener by mixing 1/2 cup of Witch Hazel with 1 cup of water and 5 drops of lavender or orange essential oil in a spray bottle. Shake well and use to freshen the air in your home or office. All of this for a mere $5 or less per bottle.

Witch Hazel is a pretty amazing plant that you don’t want to miss out on.