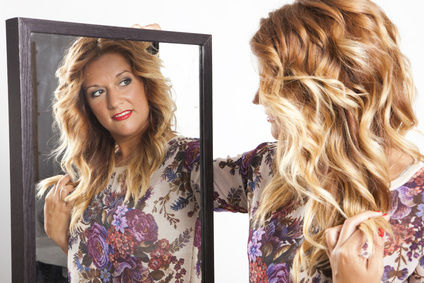 A recently released study from the UNC Center of Excellence for Eating Disorders at the University of North Carolina School of Medicine found that just a little over 12% of women aged 50 or older say they are satisfied with their body size.

The women who did report body satisfaction were said to “exert considerable effort” to achieve and maintain it. They were also not impervious to dissatisfaction with other aspects of their appearance, particularly those affected by aging.

Despite the fact that the women were content with their body size, they were still dissatisfied with other parts of their appearance such as their skin, face and stomach.

The researchers also noted that appearance-altering behaviors like cosmetic surgery did not make a difference between those who were satisfied and those who were not, but weight and shape did play a significant role in body size satisfaction.

Not surprisingly, those who were members of the minority group, reported that they engaged in more exercise each week than the larger group of dissatisfied women.

While regular exercise and healthy eating can go a long way in positive self-image, it’s important to remember that nobody is perfect. In a world where we are all different, our uniqueness should be celebrated. Unfortunately, we’re all bombarded constantly with messages that we’re not good enough, which makes it easier to begin to believe it.

Making every effort you can to take care of your body, mind and spirit is important; learning to love yourself for who and what you are can help build a foundation to become truly happy and even achieving what you really want out of life.

If you’re one of the many women who struggle with a poor body image, making efforts to improve it should be considered an essential part of achieving optimal health and well-being.

Create a list of what you like about yourself. Don’t refer to your body or appearance in this list, think about traits such as a willingness to help others, creative skills, or generosity, for example. When you’re having a bad day, pull that list out as a reminder of how wonderful you really are.

Transform negative thoughts. Try to catch yourself when you talk negatively about how you look and replace it with a more positive thought. You’re in control of your mind.

Talking bad about yourself is a habit that can be broken. Don’t wallow in self-pity. Instead, focus on what your body is able to accomplish.

Find a new physical activity that you love. Active women tend to have a better body image. If you don’t like running or working out in the gym, discover a new activity that you can look forward to, such as dancing, riding a bike, or even joining a hiking club where you’ll be with other active people.

Don’t forget to pamper your body. Occasionally treat yourself to a massage, a bubble bath, or a day at the spa.

Finally, don’t compare yourself to others. There is only one you, learn to love and respect your body, treat it well, and you’ll significantly increase your odds of achieving health and happiness throughout the rest of your life!