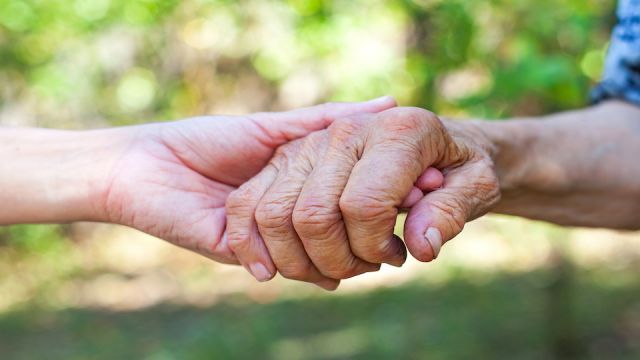 It is an accepted fact around the world that everyone ages. No matter how much tightening skin cream you apply to your face or how healthy your lifestyle and diet, you too will be subject to the perils of time. Everyone eventually faces wrinkles and deteriorating motor function, but could worms be the key to accessing the elusive fountain of youth?

Recent research from the University of Michigan Life Sciences Institute suggests that millimeter-long roundworms known as nematodes may possess the secret to preventing motor function decline in humans. These worms have a short life span of about three weeks and age in a manner similar to that of other animals, which made them an ideal subject for this study behind the science of aging.

Senior author of the study and professor at the University of Michigan Life Sciences Institute, Shawn Xu says “We previously observed that as worms age, they gradually lose physiological functions. Sometime around the middle of their adulthood, their motor function begins to decline. But what causes that decline?”

This was the question that drove the investigation into the relationship between the worms motor neurons and muscle tissue. Xu and his colleagues wanted to understand how the interactions between cells changed as the worms aged and were able to identify a molecule known as SLO-1 (slowpoke potassium channel family member 1). This molecule regulates and controls the communication between the motor neurons and muscle tissue, and as the worms aged, SLO-1 slowed down the communication, thereby reducing motor function.

Researchers in the study were able to manipulate SLO-1 through a series of genetic tools and a drug known as paxilline. The results were favorable, as the worms not only maintained motor function much later in life, they also lived longer than the worms in the control group. However, it is interesting to note that the scientist’s findings indicated the timing of the interventions to be an essential consideration. Favorable results were only achieved when SLO-1 activity was blocked in mid-adulthood.

“It’s not necessarily ideal to have a longer lifespan without improvements in health or strength,” says Xu, in discussing the results of the study. “But we found that the interventions improved both parameters—these worms are healthier and they live longer.”

When SLO-1 was manipulated too early in the worms life, there was not only any significant change in lifespan, but it actually caused premature motor function deterioration.

With the success of his research, Xu hopes that this publication will encourage further studies into the SLO-1 molecule and its effect on aging.

“Studying aging in organisms with longer lifespans is a major investment,” he says. “But now we have identified a molecular target, a potential site, and specific timing, which should facilitate further investigation.”

This revolutionary study totally challenges the accepted inevitability of motor function decline and has already inspired additional research from the University of Michigan and Huazhong University of Science and Technology in China with The National Institutes of Health supporting the work.

While the groundbreaking research into aging may be limited to worms, for now, there are steps you can take today to prevent early cognitive and motor decline.

As usual, exercise is the answer. Keeping your body healthy and engaging in regular cardiovascular activity encourages a healthy brain and increases blood flow.

Keeping your mind sharp and continuing the learning process should be a lifelong pursuit. Even simply taking a class for something that interests you can help stave off dementia and cognitive decline.

Adequate, quality sleep is an essential part of a healthy life. When you experience regular nights of limited sleep combined with a high-stress environment, you may be subject to memory and concentration issues.

Though bumps on the head are sometimes impossible to prevent, there are steps you can take to protect your delicate brain from injury. Always wear a helmet when playing sports or contact activities and use your seatbelt in the car.

Don’t be ashamed to seek out therapy or counsel if you are struggling with your mental health. Anxiety, depression, and stress may all contribute to declining cognitive ability in old age. Take the time to invest in your health and remove stressors from your life.