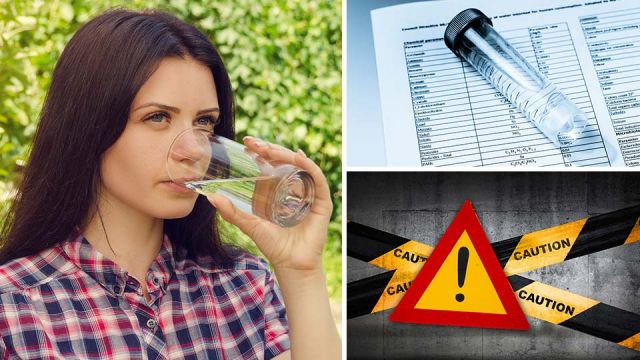 Some 250 million Americans are drinking water with excessively high amounts of chromium-6 in it, according to the Environmental Working Group (EWG). This group is the nonprofit behind the Tap Water Database, which aggregates data from almost 50,000 public water utilities across the United States. American residents can access the database by entering their zip code or state, and find out detailed information about the quality of their local water.

Most Americans are getting a dose of contaminants

According to the EWG, most Americans drinking tap water are also getting a “dose of industrial or agricultural contaminants linked to cancer, brain and nervous system damage, developmental defects, fertility problems or hormone disruption.”

The organization claims that many of the 250-plus contaminants detected in water sampling are legal under the Safe Drinking Water Act or local regulations, but scientific studies have found they pose health risks. The EWG pointed out that average levels of chromium-6, in particular, exceed the one-in-a-million cancer risk determined by California state scientists for 231 million people.

It’s worth noting, however, that although the EWG’s claims should be taken seriously, the organization, which has done great work exposing Monsanto chemicals, isn’t completely independent. It promotes and links to water filters and “may receive small donations for purchases made on Amazon” through those links. A writer for the American Council on Science and Health has also called out EWG for its “chemical fear tactics.”

The problems with chromium-6

The National Toxicology Program found that chromium-6 caused cancer in rodents a good decade ago. Also known as hexavalent chromium, the industrial chemical was made notorious in the film “Erin Brokovitch” — the loosely based-on-fact story of an activist who built a case against Pacific Gas and Electric Company. The case claimed that the Californian town of Hinkley was contaminated with chromium-6, used by PG&E in a cooling tower system to fight corrosion.

Following the National Toxicology Program study, in 2010 scientists at the California Office of Environment Health Hazard Assessment also concluded that consuming tiny amounts of chromium-6 could cause cancer in people. The scientists suggested a public health goal of 0.02 parts per billion of chromium-6 in tap water, an amount that would pose a negligible risk over 70 years of consumption.

If water supplies in the U.S. are left untreated and chromium levels stay the same, EWG estimates there will be 12,000 excess cases of cancer by the end of the century as a result. This follows testing that found chromium-6 in almost 90 percent of the water systems that were sampled, with Oklahoma, Arizona and California having the highest average levels. Phoenix had the highest levels among major cities, at 400 times the California health goal.

The four key health problems that chromium-6 can cause (including through breathing it in) are:

Meanwhile, when the mice and rats in the National Toxicology Program study drank water with chromium, they developed stomach and intestinal tumors.

Where does chromium-6 come from?

Chromium-6 occurs naturally but is also manufactured for use with dyes, pigments, for chrome plating, and for use in steelmaking. It is also in the ash from coal-burning power plants — an ash that is typically dumped in unprotected pits, thereby easily reaching water supplies.

The EPA also admits that chromium-6 has been found to have been released into the environment “by leakage, poor storage or inadequate industrial waste disposal practices.”

Here’s what you can do

Currently, California is the only state with a legal limit for chromium-6, requiring water utilities to test for it. The EWG is urging the national government to set nationwide legal limits on the chemical and to require all utilities to test for it. For those people who find that their local water does contain the chemical, you can contact your local elected officials and complain, and also use filters that are certified to remove the contaminant in the meantime.

On a larger scale, EWG feels that the entire U.S. system for regulating water is “broken” and needs to be updated. Since 1996, the EPA has not regulated any new chemicals found in the water, and private lobby groups seem to have a role there. The American Chemistry Council has requested the EPA hold off from making a ruling on chromium-6.

But perhaps it’s Erin Brockovich herself who has the best advice when it comes to Americans’ drinking water: “Superman’s not coming,” she told The Guardian. “Be informed, ask questions, band together with your community and fight at the local level. And make sure you take your local elections as seriously as the national ones. The issues that most impact the average person are made at the local level.”