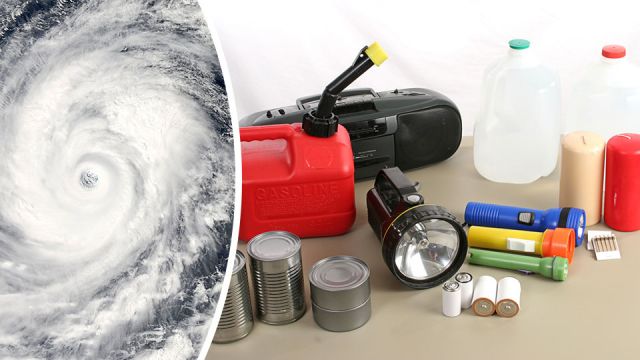 With Hurricane Irma currently on a path to cause extensive damage in many areas along the Atlantic Coast, consumers are rushing to purchase survival essentials. However, some companies aren’t making it very easy. As of Thursday, more than 3,000 complaints related to price gouging have come into the Florida Attorney General’s office.

Martin Green, a call center operator told the Orlando Sentinel, “The worst call I got today, and this was the worst of the worst, was a 24 pack of six-ounce bottles of water, for $72 … $72. That was in Jupiter today.”

In Southeast Florida, consumers are lining up at gas stations and department stores. Grocery store shelves are empty and cars are backed up for blocks anywhere you can even find gas at this point. Unfortunately, these high demands are creating even more headaches for people staying home for the storm.

With many local grocery stores undersupplied with water, people turned to Amazon, which guaranteed delivery before Friday if you ordered on Tuesday. Despite the convenience, shoppers were met with exorbitantly high prices for common goods.

For example, check out this shopper looking for water:

Went to see if I could use Amazon Prime to get more water over to my family in South Florida for Irma. Check out the price they quoted me. pic.twitter.com/FlrQB331tE

Amazon has repeatedly responded to price gouging attacks by claiming their pricing algorithms are supposed to go higher as demand increases. Also, they do not set the prices for products that are listed by third party retailers. It should also be noted that this kind of pricing isn’t illegal, but it is extremely frustrating during hurricane preparation.

On the other hand, some people are deciding to completely skip the water in hopes of finding an exit route instead.

One traveler tweeted that Delta Air Lines raised ticket prices to Arizona by almost $3,000. Already, the tweet has more than 30,000 retweets.

Shame on you @delta. Jacking from $547 to over $3200 for people trying to evacute responsibly? #IrmaHurricane pic.twitter.com/O2nfPHQUAh

Other consumers were frustrated by their experience as well:

Totally unacceptable, a $358 flight from Miami to NYC went up to $3578. Why should expect anything decent from these airlines??? F ing RATS! https://t.co/rjdH6J0yOL

Looking for flights for the last hour-plus was one of the most stressful experiences I’ve had in quite a while. Finally got one.

@AmericanAir really charging $2000 for a flight from Miami to DC. Scum I tell you.

To combat the negative publicity, Delta started offering more flights out of areas like South Florida with lower prices for travelers.

JetBlue stepped up with lower prices

With the rush to evacuate, JetBlue started offering direct flights out of Florida for $99, primarily so people would have additional options to get out of the state, especially for travelers coming from areas with mandatory evacuations, like the Florida Keys.

Overall, while raising prices in times of need is technically legal in some cases, there is a fine line that shouldn’t be crossed — especially for life-saving materials. If you believe you are a victim of price gouging, report the violation by calling 1-866-966-7226. Violations may also be reported online at http://myfloridalegal.com.