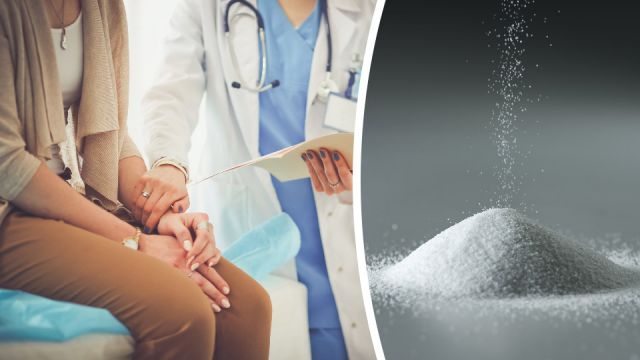 In 2015, the World Health Organization (WHO) officially designated processed meats as “carcinogenic to humans.” This finding was long overdue because scientists have known for decades about the dangers that sodium nitrite (a preservative added to deli cuts, cured and smoked meats and products like beef jerky) can pose to people.

The WHO reached its conclusion after examining dozens of correlational studies, which found a clear link between the consumption of processed meats and colorectal, stomach, bladder and breast cancer.

Nutritionists, naturopathic physicians and health advocates believe that the chemical and biological mechanisms that make sodium nitrites so dangerous are well understood. In a nutshell, when nitrites are in the presence of certain amino acids and exposed to high heat, they can turn into compounds called nitrosamines, which can wreak havoc on biological processes in your body. Here are five ways that nitrosamines can adversely impact your health.

Five ways nitrites in processed foods can kill you

Animal studies offer strong evidence that nitrosamines are very potent carcinogens. In addition, epidemiological evidence, longitudinal studies and research examining the impact that nitrosamines have on DNA all point in the same direction. Results like these have led the World Cancer Research Fund to conclude that processed meats increase your risk for cancer and should be avoided as much as possible.

An increasing body of evidence suggests that nitrites can interfere with how oxygen is transported in the bloodstream. This condition, which is known as methemoglobinemia, makes it more difficult for the blood to deliver the oxygen that your cells and tissues need. This is why heavy consumption of nitrites has been linked to bluish skin discoloration, headaches and developmental disorders.

A number of studies have found a link between nitrite consumption and type 1 diabetes. This condition is thought to be caused by an autoimmune disorder that impairs the ability of the pancreas to produce insulin. Scientists aren’t entirely sure why the nitrites are so toxic to the pancreas, but other research has found a clear link between bacon consumption and pancreatic cancer.

Research published in the Journal of Alzheimer’s Disease found that nitrites promote neurodegeneration by encouraging the formation of plaques that impair neural function. A number of other studies have also found a connection between the consumption of processed meats and neurological disorders.

As you might expect, nitrites can be especially dangerous to newborns and developing infants. According to an organization called Healthy Child, Healthy World, “Exposure to nitrites poses the highest risk to infants and pregnant women.”

Unfortunately, exposure via food is not the only way individuals can be affected by nitrites. Nitrate-based crop fertilizers can contaminate drinking water and these nitrates are easily converted into nitrites by the body. When they accumulate in infants it can lead to methemoglobinemia and respiratory problems, which can precipitate a potentially deadly condition known as blue-baby syndrome.

It’s worth pointing out that some very healthy vegetables contain sodium nitrates. This compound is chemically similar to sodium nitrite, but nutritionists seem to agree that the sodium nitrates in veggies do not appear to break down into the harmful nitrosamines.

The nitrates in chemical fertilizers, however, are often converted into nitrites by the body (and then into harmful nitrosamines) which is why water contaminated by nitrates can be so dangerous. In contrast, nitrates in veggies are broken down into beneficial nitric oxide, which plays an important role in regulating blood pressure.

Sodium nitrites are added to meats and other food products because they inhibit bacterial growth and because they add a salty flavor that many people seem to like.  If you want to avoid nitrites, you should look for products labeled “organic” since federal guidelines prohibit foods so marked from having sodium nitrate in them. Instead, organically cured meats will contain safer alternatives such as salt brine, which is made from sea salt, water and vinegar.