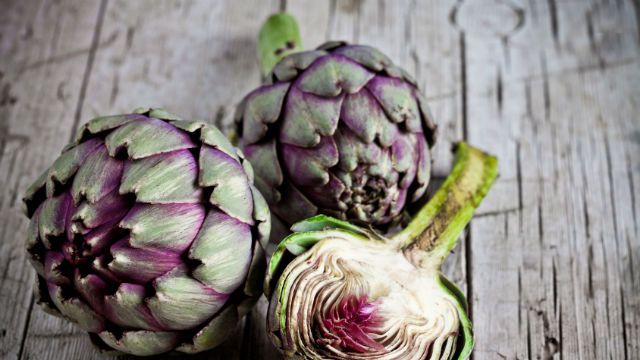 Many people have never tried artichokes, but you shouldn’t let its thorny exterior fool you, inside you’ll find incredible flavor as well as an abundance of nutrition.

The artichoke is one of the oldest medicinal plants, dating as far back as the 4th century B.C. Ancient Greeks and Romans used it to ease digestive ailments, and in the 16th century, artichokes were documented as a treatment for jaundice and other liver problems. It wasn’t until the 20th century that it became popular as a delicious food as well as offering numerous medicinal benefits.

A 2012 study out of Italy found that a diet rich in the flavonoids present in artichokes, apigenin and luteolin, can reduce the risk of breast cancer. Researchers from the University of Illinois also discovered that these flavonoids killed pancreatic cancer cells in the lab by inhibiting an important enzyme known as glycogen synthase kinase-3β, or GSK-3β.

As mentioned, this tasty vegetable has been used for centuries to treat digestive disorders. Many nutritionists recommend artichokes for relieving irritable bowel syndrome, or IBS. Just one of the reasons it’s thought to help is that it stimulates the gallbladder. An improperly functioning gallbladder makes digesting fats difficult, which can cause all types of unwanted symptoms. Artichoke leaves contain caffeylquinic acid, which promotes bile flow.

A 2009 study conducted by the Department of Internal Medicine and Cardiology out of Isfahan University of Medical Science’s School of Medicine found that artichoke leaf juice contains an antihypertensive effect in those with mild hypertension.

Artichokes contain cynarin and another antioxidant known as silymarin which are highly beneficial to the liver. Research has found that these compounds may even help regenerate liver tissue, which is likely the reason they were found to be effective for treating liver ailments back in the 16th century.

Ingredients in artichoke leaves have also been shown to reduce cholesterol by inhibiting HMG-CoA reductase. They not only lower bad (LDL) cholesterol, but raise good (HDL) cholesterol. This is thought to be due to the cynanic properties of the artichoke which help the body to excrete bad cholesterol, assisting in balancing overall cholesterol levels, reducing the risk of heart disease. 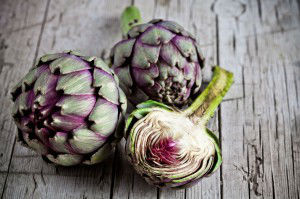 If you’d like to try an artichoke, look for those that have tight, compact heads and fresh-looking stem-ends. All cut stems will be brown, but they shouldn’t be dried out. Steaming is the best way to prepare them as it brings out the nutty flavor and light sweetness of the artichoke.