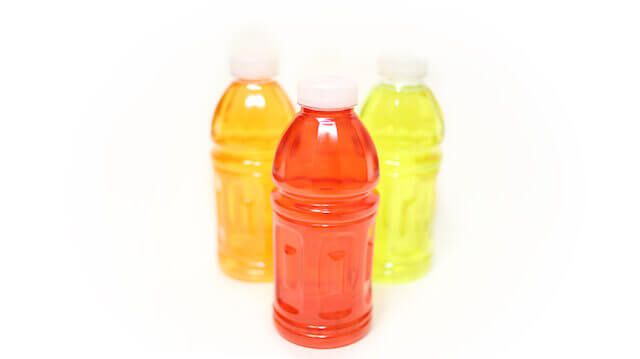 Vitaminwater is a vitamin-enhanced water beverage sold by Coca-Cola-owned Glaceau. Many fitness buffs turn to this beverage as a healthy pick-me-up after a grueling workout. But after reading these five reasons not to drink vitaminwater, you may reconsider guzzling this controversial beverage.

Vitaminwater is full of sugar

No one believes that added sugar is healthy. However, most Americans routinely consume sugar-sweetened beverages multiple times a day. In fact, health experts are so worried about these toxic tonics leading to serious health risks that some are calling for the ban of all such beverages.

The city of San Francisco recently implemented a new law requiring all sugar-sweetened beverages to carry a label warning people of the potential health dangers of drinking the beverages.

In a 2004 study conducted by researchers from Harvard University and published in The Journal of the American Medical Association, it was found that women who consumed as little as one sugar-sweetened beverage a week gained a significant amount of weight over an eight-year period. The health benefits of consuming extra vitamins is not enough to counteract the serious dangers of added sugar in liquid form.

For ideal health, added sugars should make up no more than five percent of your total calorie intake. According to the World Health Organization, this is equal to about six teaspoons of sugar a day, which sounds like a lot until you realize that six teaspoons is only 25 grams. Guess how much added sugar is in 20 ounces of vitaminwater? 31 grams, six more than the daily recommended sugar intake.

In addition to the health dangers of the fructose used in regular vitaminwater, the diet version is sweetened with erythritol (an alcohol byproduct of sugar) and stevia. Although stevia and erythritol do not have the reported side effects and health risks associated with artificial sweeteners like aspartame, the consumption of artificial sweeteners in general is linked to obesity and other health risks.

A study from 2008 published in the journal Obesity found that when study participants drank diet drinks for 10 years, they were more likely to be obese and had an average BMI 47 percent higher than study participants who did not consume artificial sweeteners.

Vitamins are essential for health, and at first glance, it seems like drinking a beverage with extra vitamins would provide numerous health benefits. However, the vitamins included in vitaminwater are all synthetic, which do not seem to have the same benefits as vitamins found in nature.

Excessive vitamin intake could be harmful to your health

Although the vitamins in vitaminwater may be difficult to absorb, there may be no benefit to the body even if it does absorb the synthetic vitamins. Vitaminwater contains mainly B and C vitamins, which few people are low in.

If you take excessive amounts of some vitamins, they could possibly have adverse effects on your health, rather than positive ones. Vitaminwater also contains some levels of vitamin A and E, which have been linked with an increased risk of premature death in the study outlined above. Drinking a lot of vitaminwater is likely to lead to numerous problems, especially if someone drinks more than one per day.

According to a 2007 study published in The Journal of the American Medical Association, consuming synthetic vitamins shows no added benefits to the consumer, and may actually increase the risk for some health problems.

The study researchers found that synthetic versions of vitamin A, vitamin E, and beta carotene increased total mortality risk by significant rates. The other vitamins tested, vitamin C and selenium, showed no increase in death risk, but no benefits either.

Vitaminwater is not wallet-friendly

Bottles of vitaminwater sell for a dollar or more in most grocery store chains and may cost even more than that when purchased from vending machines or at restaurants. Considering that vitaminwater is little more than colored sugar-water that can make you fat, is it really worth it? 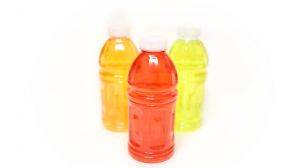 Numerous marketing campaigns for vitaminwater have claimed that it is all you need to survive, like it is some form of all-encompassing nutrient beverage that would prevent you from needing to eat. The brand’s 2011 marketing campaign suggested that rather than getting a flu shot, consumers should just drink vitaminwater daily instead.

In 2010, the brand was sued by a nonprofit group for its outrageous health claims. Coca-Cola defended their marketing at the time by suggesting it was all a joke. Their official statement in defense of their marketing campaign was that “no consumer could reasonably be misled into thinking vitaminwater was a healthy beverage.”

Fruit-infused water: Add a few crushed pieces of fruit to a glass of cold water for a fruity alternative to basic water.

Flavored iced tea: Iced tea is deliciously refreshing. Choose a bold flavor such as peppermint, raspberry, or hibiscus that doesn’t have to be sweetened to have flavor.

Freshly squeezed fruit juice: In moderation, freshly squeezed juice is amazingly healthy. Juice a few of your favorite fruits once a week for a delicious and refreshing treat.