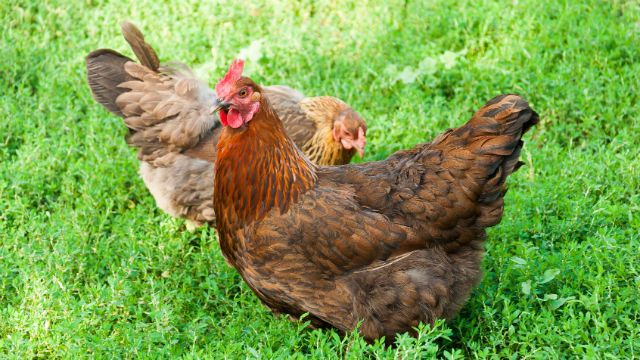 The industrial diet, also known as the Western diet and the Standard American Diet (SAD), is quite literally killing us.

The rise in popularity of convenient, processed, chemical-laden, sugary, packaged and individually wrapped foods of all types coincides a little too neatly with our nation’s steady rise in obesity, heart disease and diabetes rates.

The popularity of processed foods is so prevalent that they take up over half of the grocery store. The ingredients used in these foods, some of which were once natural, have been heated, separated, emulsified and treated so extensively that they nowhere near resemble what they once were. The resulting packaged product often actually functions as an anti-nutrient.

The good news: you don’t have to buy in. It may not be easy to avoid the industrial diet, but it is relatively simple. The following are five guidelines to follow to make sure you are eating real foods that nurture your health rather than threaten it.

If it’s packaged, proceed with caution

As a general rule, packaged foods are a no-no. However, there are a few exceptions. If you go to a local Italian specialty store, for example, you may find an organic, imported cheese that is made from the finest ingredients, with no preservatives added, or meat that has been aged and cured using natural methods in-house and then packaged for sale.

When in doubt, ask the owner about what ingredients and processing methods went into the creation of a product. Keep in mind, however, that nearly all of the packaged foods that you find at a conventional grocery store have been made and preserved with chemical additives – unless your local grocery retailer has a stellar organic section.

It’s best to even be wary of organic packaged foods. Even if the ingredients used were organic, processing methods, added sugars and certain preservatives could still be present in the final package product. And just because it is organic, does not mean it is healthy – there is such a thing as organic junk food.

If you can’t pronounce the ingredients, don’t buy it

When doing your shopping, be a stickler for reading the label. Michael Pollan, an investigative journalist and health advocate, provides a few simple rules for choosing real foods.

One of the key rules is not buying anything with ingredients you can’t pronounce. They are more than likely chemicals that deserve absolutely no place working their way through your digestive system.

Pollan’s other rules include not eating anything with more than five ingredients on the label, avoiding anything that does not rot, with the exception of honey, avoiding anything your grandmother or great grandmother would not recognize, and always shopping on the perimeter of the grocery store, where the fresh fruits, vegetables, meats and dairy are located.

Just say no to sugar

One of the primary scourges of the industrial diet is sugar. It is a primary culprit contributing to obesity, type 2 diabetes, heart disease, tooth decay and certain cancers, among many other conditions. It is inflammatory in nature, and chronic inflammation raises the risk of a number of conditions, including autoimmune disorders and depression.

Many processed foods contain a form of sugar known as high fructose corn syrup. This type of sugar is even worse than regular sugar, as it has been linked with fatty liver disease, and has been found to be highly addictive in nature.

Stick to fresh produce, or frozen organics with no additives

The staples of any truly nutritious diet are fresh, organic fruits and vegetables. Eating a variety of different kinds is essential in order to obtain the nutrients that you need. Choosing organic is important to avoid exposure to pesticide residues, which may be dangerous, especially as they may accumulate in your system.

For fruits and veggies that aren’t in season, or to just have some on hand at all times, frozen organics can be a great choice, provided that they do not contain any added ingredients. Certain produce items, such as berries, freeze very well, and retain their nutritional content even when frozen.

When it comes to meat, go grass fed

The industrial meat practices in this country are nothing short of disgusting. Many animals raised for food on factory farms are kept in completely confined conditions, where they are unable to move, and never see the light of day.

Furthermore, they are often fed a diet of cheap GMO grains – nowhere near their natural diet – and given antibiotics, sometimes on a daily basis, because the environment in which they are kept breeds disease. Some are also fed growth hormones, to make them reach a certain size in a most unnatural manner.

Organic, grass fed beef, on the other hand, comes from cattle that are able to roam around on pastures and dine on grasses, their natural diet. They are not given antibiotics unless they are truly sick, and are not raised with the use of growth hormones.

Grass fed meats have been found to contain three times as many omega-3 fatty acids compared to meats from grain-fed animals, as well as ten times as much beta carotene, which converts to vitamin A in the body. They are also higher in CLA (conjugated linoleic acid), a nutrient linked to a reduced risk of heart disease and cancers.

Choosing grass fed meat is also better for the environment, as feeding grazing animals their natural diet of grass requires less fossil fuel than feeding them grain. When they are allowed to graze on a pasture, the animals promote a healthy topsoil, as they provide their own fertilizer.

In regards to chicken and eggs, go for organic and free range, to make sure that the animals have been fed a natural diet, not kept in deplorable conditions, and maintain optimal nutritional content.

Saying no to the industrial diet, even though it is all around you, is one of the absolute best things you can do to preserve your future health.