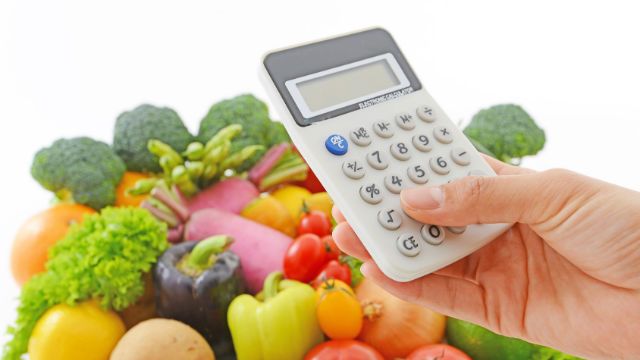 A common reason people cite for not eating healthier is that it’s too expensive. While it’s true that organic produce and meat are usually more expensive than non-organic, that doesn’t mean you can’t eat healthy and stick to a budget at the same time! You may just need to learn some new habits.

Here are five ways to eat healthier without spending a pretty penny:

The average American spends 10 percent of their monthly budget on fast or already-prepared food, which is bad for both our wallets and our health. Cooking for yourself is not only healthier, as it allows you to see exactly what goes into your food and therefore make healthier choices, it’s also less expensive.

If you miss the social aspect of eating out, plan potlucks with like-minded friends, where you all share some of your most delicious, healthy recipes.

Cut down on meat

It’s true: high quality meat (meaning organic, grass fed, and hormone and antibiotic-free) is more expensive than meat from animals that were pumped up with antibiotics and hormones. However, your health is worth it. If you can, try to eat smaller portions of meat and larger portions of vegetables and beans/lentils, or even set aside one or two days a week where you don’t eat meat at all.

You can also save money by changing up the cuts of meat you buy. If you’re making chicken, buy the whole bird. Instead of steak, try brisket, which can be cooked deliciously in a slow cooker.

Local, seasonal produce is not only less expensive than imported or out-of-season produce, it also tastes better and is better for the environment. Scope out farmer’s markets in your area, making a point to visit at the end of the day if you can. There will be less variety at this time but you’ll usually be able to find better deals.

Also look into co-ops and CSAs. These will not only provide you with regular, reasonably priced organic produce, they’ll also allow you to meet people in your community with similar values and interests.

Educate yourself about what produce is in season during various times of year, and shop accordingly. If you’re not used to shopping and cooking seasonally, consider picking up a cookbook that features seasonal recipes, such as Dr. Andrew Weil’s True Food.

Remember, you always have the option of buying a ton of the fruits and vegetables you like in season, and then freezing them to use throughout the year.

Nothing tastes or feels better than cooking and eating produce from your own garden. Although it may seem like a huge undertaking if you’ve never grown your own food before, in reality, you only need a small space (about 4 x 8 feet) and to put a little time into it.

Many fruits and vegetables will grow well without a lot of your time and attention. Beans, tomatoes, strawberries, and sweet potatoes, for example, are usually pretty easy.

Even though it may feel difficult at times to spend more on healthier choices, never forget that your healthy choices now may save you even more on medical bills later in life!