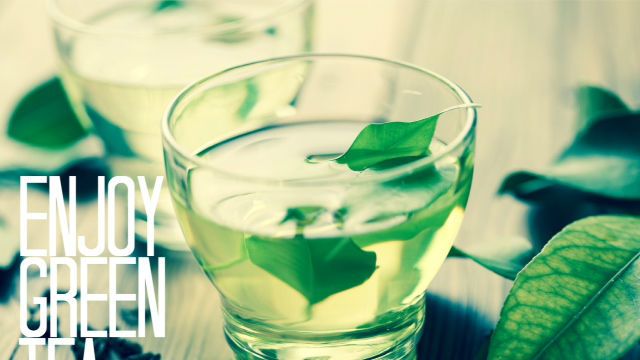 It seems that more and more benefits of drinking organic green tea are being discovered all the time. If you haven’t developed the healthy habit of consuming it on a regular basis, here are just six reasons to remind you to stock up the next time you go to the store.

A recent study out of Penn State’s College of Agricultural Sciences found that drinking green tea regularly can boost the effects of exercise to aid weight loss efforts. The study was conducted on mice that were fed a diet with high amounts of fat, exercised regularly, and given green tea extract. The mice showed an average body mass reduction of 27.1 percent and an average abdominal mass reduction of 36.6 percent.

There are three compounds in green tea that are thought to help promote weight loss: catechins, theanine, and caffeine. These substances work together to block enzymes that are responsible for fat storage in the body.

As green tea is packed with polyphenols like flavonoids and catechins that function as potent antioxidants, it helps to reduce the formation of free radicals in the body as well as to protect cells from damage.

Free radicals are well-known to play a role in aging as well as a host of diseases and illnesses. These anti-aging effects may also help to delay signs of skin aging like sun damage, wrinkles and expression lines.

A number of studies, including a 2013 study out of Japan, have found that green tea can improve insulin sensitivity and reduce blood sugar levels. Japanese individuals who drank the most green tea were said to have a 42 percent lower risk of developing type II diabetes.

Research published in the Journal of Periodontology revealed that regular green tea consumption may promote healthier teeth and gums. The tea is known to interfere with the body’s inflammatory response to periodontal bacteria, warding off further disease. Periodontal disease has been associated with the progression of other diseases, including heart disease and diabetes. The beneficial effects are believed to be due to the catechins in green tea.

Reducing the risk of cancer

Multiple studies have found that drinking green tea may help reduce the risk of all types of cancers. A 2006 analysis of observational studies found that women who drank the most green tea had a 22 percent lower risk of developing breast cancer.

It’s also known to protect against ovarian cancer, prostate cancer, oral cancer and many others. In countries like China, where the oral cancer rate is half the rate of the US, it’s thought that the regular consumption of green tea is at least part of the reason.

If you ever needed a reason to put organic green tea on your shopping list, now you have six of them! Choosing organic is essential, as standard green tea can be heavily processed, contain fewer nutritional benefits and even potentially harmful toxins.