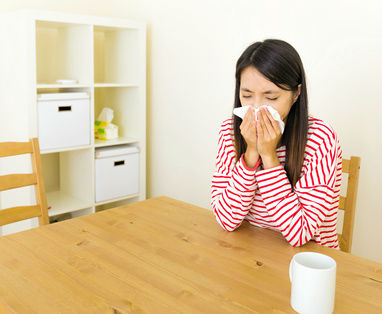 A study in 2008 found that there were cocaine-like neurochemical effects of antihistamines that may underlie the occasional misuse of these frequently used allergy medications.

Research has found that some antihistamines activate a pleasure chemical known as dopamine in the brain. Like cocaine, as well as methamphetamine and nicotine, these drugs increase the level of dopamine in the brain which can ultimately cause a desensitization, which means that it will take more and more to achieve the same effects, therefore the user also takes more and more. The study revealed that taking Benadryl or chlorpheniramine elicited a “cocaine-like pattern of stimulation.”

If you find that allergy meds, particularly antihistamines, stop working you might end up taking more only to find they don’t do much to resolve the original problem and you may also experience hang-over like effects as well as lethargy, dizziness and other issues. Some health experts believe that taking these medications may even worsen allergies over time.

Fortunately, there are a number of natural alternatives that can relieve allergies without turning to medications. In fact, you can even eat your antihistamines by eating foods that help fight allergies.

Most are available at the grocery store or local green market. Both traditional western medicine and alternative health practitioners agree that nature’s top edible antihistamines are found in foods that are rich in vitamin C, quercetin, which is a type of bioflavonoid known to reduce seasonal allergy symptoms by blocking the release of histamine, as well as those that contain omega-3 fatty acids.

Citrus fruits are considered to be super allergy fighters as they contain both vitamin C and bioflavonoids. The bioflavonoids help to enhance the powerful health benefits of vitamin C by strengthening the immune system, detoxifying and improving eye and skin health.

Onions offer a host of health benefits including antibacterial properties, the ability to detoxify and boost the immune system as well as demonstrating anti-inflammatory properties that may decrease the symptoms of an allergic reaction. They are also one of nature’s best sources of quercetin.

Oily fish such as wild-caught salmon, sardines and mackerel are rich in omega-3 fatty acids which are known for their powerful anti-inflammatory properties. These foods may help to reduce allergy symptoms by managing the inflammation that causes the discomfort, itchiness and swelling. 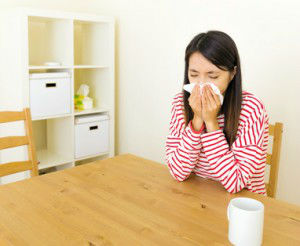 Bee pollen is known as one of the world’s most nutritious foods; rich in vitamins and minerals as well as bioflavonoids, including quercetin, and is excellent for battling allergy symptoms.

While you might read something that advises you to load up on natural antihistamines six weeks prior to the peak of allergy season, it’s best to eat as many of these foods as often as possible, all year round. This can help prevent the uncomfortable symptoms of an allergic reaction and reduce the need for drugs that come with a wide range of side effects and may not even be effective.