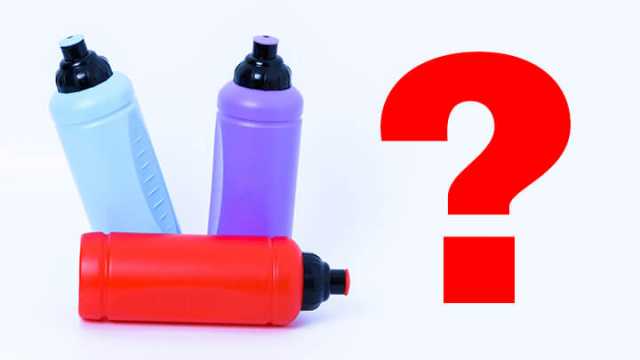 Five years ago, the FDA banned the sale of baby bottles containing BPA, a chemical that mimics estrogen. Since then, bottles, food containers and products labeled BPA-free have been popping up all over store shelves. Now research reveals, the compound which replaced BPA could actually be just as harmful.

BPA (bisphenol-A) is a carbon-based, synthetic hardening agent that is added to many commercial products, including:

It’s also used in epoxy resins that line the inside of cans to protect them from corroding and breaking. The list goes on and on. More than likely, you’ve been exposed to it for years.

But is it really that bad for your body?

Problems with BPA arose after several studies found that it mimics estrogen and could harm the brain and reproductive development in fetuses, infants and children. In addition, the chemical can promote human breast cancer cell growth as well as decrease sperm, according to a report from Scientific American.

A study from Japan found that women with recurrent miscarriages had about three times as much BPA in their blood as women with successful pregnancies. In addition, another study conducted by Vincent Memorial Obstetrics and Gynecology at Massachusetts General Hospital found that women undergoing fertility treatments who had higher concentrations of BPA in their urine produced fewer eggs. Research also suggests that high levels of BPA could significantly reduce a woman’s chance of becoming pregnant.

How you are exposed to BPA

When food containers or bottles are made with BPA, the chemical isn’t sealed into the product. That means that any unused BPA can leach into the contained food or liquid. Low levels of exposure to BPA generally come from eating food or drinking water stored in containers that contain BPA.

In 2003 to 2004, CDC scientists measured BPA in the urine of 2,517 participants aged six years and older. By measuring BPA in urine, scientists could estimate the amount of BPA that had entered participants’ bodies. What they found was that BPA was present in the urine of nearly all of the people tested. This indicates extensive exposure to BPA in the U.S. population.

BPA-free alternatives are just as bad

BPS was thought to be more resistant to leaching. Therefore, the less people consumed, the less harm it would cause. But a 2015 UCLA study published by the Oxford Academic analyzed the impact of BPA and BPS on zebrafish embryos.

Researchers exposed zebrafish to low levels of both BPA and BPS, and looked at the impact of the chemicals on genes and brain cells that control reproduction. “Our findings are frightening and important,” said senior author and reproductive endocrinologist Nancy Wayne to CNN. “Our research showed that low levels of BPS had a similar impact on the embryo as BPA.” In addition, their research showed that both BPA and BPS affected the thyroid hormone system.

Here’s what’s really frightening: According to a 2013 Texas study published in Environmental Health Perspectives, even a minute amount of BPS interferes with the normal cells. In some cases, it may even cause cell death. Another Canadian study involving zebrafish went on to find that both BPA and BPS affect neurodevelopment — that’s intellectual functioning, reading ability, social skills, memory and focus skills. Researchers concluded that BPA-free products are not safe, and that all bisphenols should be removed from consumer merchandise.

Another animal study found that BPS rapidly increased the heart rate of female rats. Under stressful conditions, and when given doses equivalent to those humans usually experience, BPS caused arrhythmias (heart rhythm abnormalities).

In the press release, study author Hong-Sheng Wang, said, “There is implied safety in BPA-free products.” Wang notes that BPS has not been tested for safety in humans. “Consumers should be cautious about the assumption that ‘BPA-free’ means a product is safe.”

If you use an environmentally-friendly or reusable plastic water bottle then you may be wondering if it’s leaching more, or less, “BPA-free” chemicals. The more you toss your water bottle into the dishwasher the more scratched it becomes. And, according to Breastcancer.org, all plastics can leach chemicals if they are scratched or heated.

Here’s how to remove hormone-disrupting chemicals from your body:

Good bacteria help strengthen the gut and break down chemicals like BPA so they can be eliminated from your body. Eat probiotic-rich foods like kimchi, natural sauerkraut, kefir and kombucha. Or, include a good-quality probiotic supplement in your diet.

A Belgium study found that probiotics Bifidobacterium breve and Lactobacillus casei reduced BPA in the blood by excreting it out through the bowels. These probiotics may also suppress the adverse effects of BPA on human health. Additionally, they can help break down other endocrine disruptors like pesticides.

Stepping into a sauna may help eliminate BPA from the body. A Canadian study published in the Journal of Environmental and Public Health assessed the concentration of BPA in the body fluids — blood, urine and sweat — of 20 participants.

The study was designed to assess and to determine if induced sweating may be a therapeutic potential to eliminate BPA from the body. Researchers found that sweating seems to be helpful in facilitating the release of BPA through the skin in order to eliminate the toxin from the body.

Lessen your exposure to BPA and BPS

In a “disposable” world filled with disposable plastic products — and cans lined with epoxy resins — it’s almost impossible to avoid BPA or BPA-free alternative compounds. The key is to lessen your exposure, and thus, lessen your chances of consuming even low levels of the chemical. Particularly since science tells us that even the smallest amount can damage or kill cells.

Here’s what you can do to reduce your exposure to BPA, BPS and other BPA-free alternatives:

The Environmental Working Group has developed a searchable database of approximately 16,000 processed food and drink products packaged in materials that may contain the hormone-disrupting chemicals. To avoid potential exposure, search the database for BPA-packaged foods and beverages.

The thought of removing all BPA and BPA-free alternatives from your life may seem daunting. However, by slowly transitioning away from plastics and replacing them with healthier alternatives like glass and stainless steel, you’ll not only save the environment but also your health.