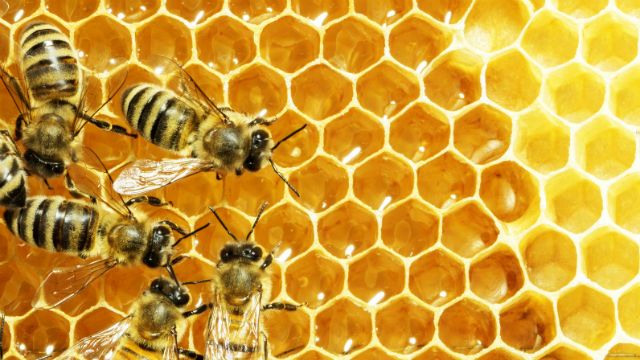 Nobody wants to lose their hair. Well, ok, some people like being bald, and can pull it off. The rest of us would like to keep the hair we’ve got, and maybe encourage some new growth to fill in our coif a little.

Well, a new study indicates that bees might have the solution, in the form of propolis.

Propolis is a sticky substance that is composed of bee saliva and the resin from tree bark. Bees make and use this substance to seal their hives from outsiders, and from the elements. Propolis has also been found to contain compounds which have antibacterial and antifungal properties, to protect hive residents from infection.

Working off of previous research which linked propolis to the nourishment of specific cells involved in the growth of hair, a team of researchers, led by Ken Kobayashi of Hokkaido University in Japan, decided to test the effects of propolis on the growth of hair in mice.

The experiment consisted of – hilariously enough – shaving one group of mice, waxing another, spreading on the propolis (except of course, for the control group), and sitting back to chart the results. When the results were analyzed, researchers found that fur grew back faster on the mice that had been treated with propolis.

One hypothesis as to how this works is that propolis combats inflammation, which can lead to hair loss and balding, the researchers explain. They add that further tests are needed on human hair, to see if the same effect is achieved.

The researchers also note propolis’ potential for treating acne and burns, as well as its history of use in treatments for other wounds, and even tumors. Previous research has found that propolis contains compounds which have the potential to destroy breast carcinoma cells. It is also linked to anti-aging benefits.

While the science is still being performed, you could always try propolis on your own scalp at home – unless you have a health condition or scalp condition, in which case, ask your doctor first. It is available at many health food stores, just make sure you get a high-quality, organic product.

Who knows, maybe a more luscious head of hair is just around the corner.