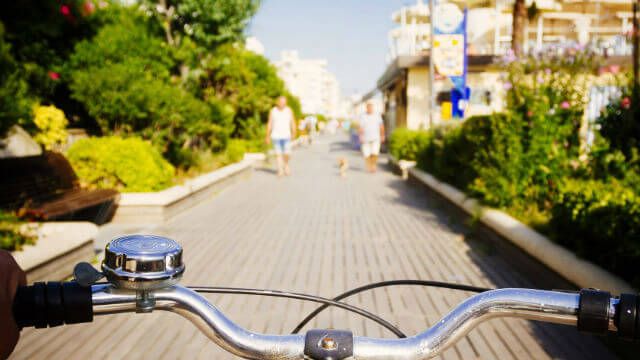 Not all commuters are stuck in traffic jams on the expressway. Some ride their bikes to the bus or train station in order to get to work. Despite their convenience, the percentage of bicycling commuters is currently low, suggesting that more bike-friendly areas are needed.

Recent data from the University of Florida examined the habits and frequency of commuters that rode bikes to the bus or train station on their way to work. For purposes of the study, they looked at three metro areas: Atlanta, Minneapolis-St. Paul, and Los Angeles. Participants were asked to complete a survey of their bicycling commuter practices.

When compared to the bicycle use for commuters in other countries, these statistics are very disappointing. Take the Netherlands, for example: they have a 35 percent rate of commuters who ride their bikes to a transit hub for the bus or train.

Bicycling should be encouraged for a number of reasons

According to a study by Clemson University, individuals are in the best mood when they are traveling by bicycle compared to other methods of transportation. Researchers attribute this to a few things. Chiefly, bicyclists choose their mode of transportation and tend to be enthusiastic about it. They also tend to be in a younger age range and have better physical health.

There is also a greater safety in numbers for cyclists. Recent research from the University of Colorado in Denver found that when there are more bicycles on the road, there are less collisions between them and motorists. Denver currently has a 12 percent rate of bicycling, which is the highest in the country.

“Other studies have hypothesized that when drivers expect to see a significant number of bicyclists on the street, their behavior changes. They are more likely to look over their shoulder for a bicyclist before taking a right turn,” stated co-author Wesley Marshall, PhD, PE, assistant professor of civil engineering at CU Denver’s College of Engineering and Applied Science.

It would seem that with some changes to public transit policies and infrastructure within a 2-mile radius of transit hubs, metro areas could become significantly more bike-friendly. The increased use of bicycles would promote better emotional outlooks, improved physical health, decreased rates of collisions, and reduced car traffic and congestion.