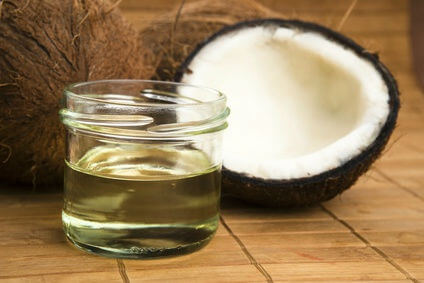 For decades you’ve been told to avoid saturated fat and keep cholesterol levels low and you’ll be heart-disease free. Unfortunately, over four decades of replacing healthy sources of animal fats with what were thought to be “better-for-you” vegetable oils is now proving to have done more harm than its intended good.

Here are four oils you should avoid at all costs:

Olive oil comes from olives, canola oil comes from…a canola? Canola oil is actually a modified version of rapeseed oil. While the Asian and Indian cultures have used rapeseed oil for centuries, it was never intended to be consumed in the large quantities that Americans do. The rape plant (in the mustard family) contains cyanide-containing compounds and wild animals and even insects avoid it in nature.

The refining process of deodorizing and bleaching to become canola oil involves exposing rapeseed oil to high heat, which greatly reduces the omega 3 content (perhaps its only redeeming factor).

Consumption of this GMO-by-design oil has been linked to a number of serious conditions such as muscular disorders and fatty degeneration of the heart, kidneys, adrenals and thyroid gland. Looking to avoid it? Well that’s difficult because it’s practically everywhere, including in many “healthy” products. Read an ingredient label and there’s a good chance canola oil is in the list.

Palm oil, like coconut oil, is high in saturated fat. However unlike coconut oil, which is perhaps one of the healthiest oils around, palm oil works more like dangerous trans-fat when consumed and is especially dangerous for Americans who can find it popping up in most packaged foods these days.

Palm oil is comprised of 44 percent palmitic acid, which according to the World Health Organization, increases the risk of developing cardiovascular disease. Thanks to this contribution, it has placed it in the same category as trans-fats in terms of being a risk-factor.

Research has found that consuming a diet consisting of 20 percent palmitic acid and 80 percent carbohydrates suppresses the body’s natural appetite-suppressing signals and is a contributing factor to the current obesity crisis.

Yet it’s seemingly everywhere as most manufacturers use it blended with other oils for use in packaged goods and microwave popcorn. Last year the US imported 2.7 billion pounds of it, enough to fill 500 Olympic swimming pools…and clog a lot of arteries!

If you still believe that saturated fat and cholesterol are a direct cause of heart disease then safflower oil probably seems like a healthy swap. Previous studies had found that by substituting animal fats with vegetable oils such as safflower, cholesterol levels would indeed drop.

However, what the earlier studies failed to evaluate was the high ratio of omega-6 to omega-3 fats in these oils and that the amount of omega-6 fatty acids in the American diet was growing astronomically.

Why is this a cause for concern? Researchers now have evidence that it may not be cholesterol that kills, but omega-6’s. When a group of individuals replaced animal fats with omega-6-rich safflower oil, their cholesterol levels decreased however the rates of death from cardiovascular disease and coronary artery disease increased significantly as compared to those consuming the animal fats.

These results prompted researchers to re-evaluate their theories on saturated fat, cholesterol and heart disease and perhaps point the finger at the formerly dubbed “heart-healthy” omega-6 fatty acid.

Oh, the ever-questionable soybean. While marketers will have you believe that soy is beneficial because our healthy Asian counterparts consume it regularly, this is arguably one of the biggest nutritional myths out there. Asians enjoy soy in its fermented state and in considerably smaller quantities than we do.

Ninety-three percent of American soy is genetically modified and most of the soy we consume is in its unfermented state. This highly processed soy has been linked with numerous conditions including thyroid damage and hormone disruption thanks to its large quantities of estrogen-like compounds called phytoestrogens. As for soybean oil, up to 80 percent of the oil we consume today is soybean oil.

It’s highly processed and heavily hydrogenated and found in a vast majority of products on supermarket shelves. And don’t believe you’re safe if you choose organic as some so-called “organic” soy farms have been found to be fraudulent and passing off the GMO-product for the real thing. Your best bet is to avoid soybean oil completely.

Organic virgin coconut oil may be saturated fat, but it is amazingly healthy saturated fat that the body can use for energy. The lauric acid in coconut oil has tremendous health promoting capabilities. Coconut oil, along with other parts of the coconut, have been consumed in the tropics for thousands of years and studies show that people who consume coconut oil on a daily basis do not suffer from typical western-type diseases. Coconut oil can help regulate blood sugar, boost metabolism, improve digestion, kill bacteria and improve brain health.

Note: Coconut oil can be used as a replacement for any other cooking oil or butter.