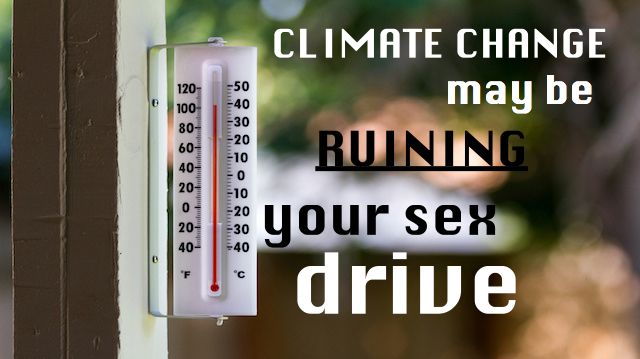 Climate change may be the next excuse for not having sex, according to a new study that compares global warming with cooler temperatures betwixt the sheets. The rise in temperatures might be ruining your sex drive and subsequently decreasing the birth rate in America.

The United States has observed a steady decline in its birth rate since the 2007 recession, despite 2014 statistics from the Centers for Disease Control and Prevention (CDC) that noted an increase in birth rates last year. There have been countless contributing factors to the overall decline in birth rates in America, but a new one is heating up the debate. According to a study published last month by the National Bureau of Economic Research, the climb in temperatures is actually cooling Americans’ sex drive.

Researchers analysed National Climate Center data, focusing on the number of births roughly nine months after recorded daily temperatures of 80 degrees Fahrenheit or higher, from 1931 to 2010. The researchers established that birth rates decreased by 0.4 percent when temperatures rose above 80 degrees.

On one particular scorcher, births for that day decreased by approximately 1,165. The daily percentages associated with the decline may not appear momentous; however, over the period of a year, these small dips can result in a decrease of roughly 100,000 births. The study noted that in America there are currently 30 or so really hot days annually, but this may increase to about 90, based on climate change predictions. 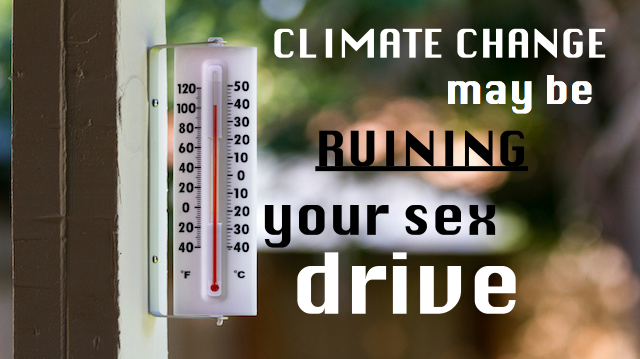 “I wouldn’t say it is the end of human civilization, but I would suggest it is going to add to the cost of climate change,” lead author of the study, Alan Barreca, an associate professor of economics at Tulane University, New Orleans, told reporters. “People might be constrained to conceiving in certain calendar months because they have time off work.” Those precious vacation months are normally taken in the summer, but heat waves could diminish that sexual moment.

There are a number of studies suggesting that heat impairs sperm function and can also lower testosterone levels. A study published in Philosophical Transactions of the Royal Society (2009) notes, “Clearly, heat stress can have large effects on most aspects of reproductive function—male and female gamete formation and function, embryonic development and foetal growth and development.”

Nevertheless, the modern world offers us ways to cope with the heat. Creature comforts like air-conditioning give us a reprieve from the heat, and office work is far less strenuous than the labor intensive days of, for example, the Industrial Revolution. These modern developments should, in theory, benefit sexual prowess. But with research insisting that sexual drive has diminished, how do we combat those heat waves and get back in the saddle, so to speak?

Here are a few seductive alternatives:

There is a wealth of natural, healthy alternatives you can add to your diet and daily routine to increase your libido. Don’t let your bedroom activities glaciate because of climate change!

What are a few natural ways you boost your libido?