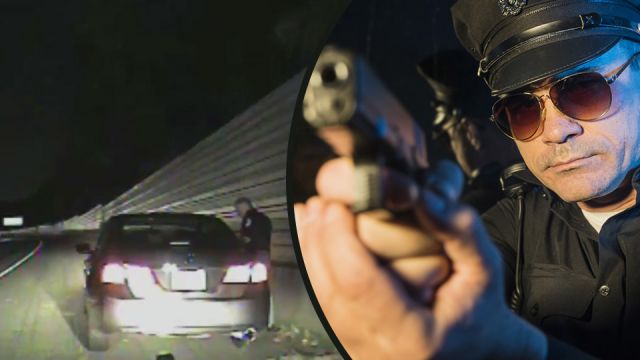 “I just don’t want to put my hands down. I’m really sorry, I’ve just seen way too many videos of cops…” a nervous driver told the policeman, who stopped her during a DUI check.

“But you’re not black. Remember, we only shoot black people. Yeah. We only kill black people, right? All the videos you’ve seen, have you seen the black people get killed?” the policeman replied.

Lieutenant Greg Abbot stopped the woman in July, and the conversation was recorded on the car’s dashcam. The video was then obtained by WSB Channel 2 in Atlanta.

The police department has since confirmed the comments, and Abbot is on administrative duties pending the investigation. His lawyer, Lance Lo Russo, claims the officer was only trying to “deescalate a situation involving an uncooperative passenger.”

However, Cobb County Police Chief Mike Register said in a statement, “No matter what the context, statements like these are unacceptable and are not indicative of the type of culture we are trying to facilitate here in the police department, as well as within the county.”

Suri Chadha Jimenez, the lawyer representing the driver in the case, said he believes Abbot was being sarcastic after the woman “gave him some lip.” Jimenez said, “It makes you cringe when you hear it. It’s unacceptable.”

Since the video went public, social media users have responded with outrage, arguing that the policeman should be fired. Others have suggested that he was only “telling the truth.”

Not comforting, not funny, not professional. As an ex-Cobb Co resident, this pisses me off.

Facetious or not, disgusting. I would be as terrified as the woman.

Black men aged 15 to 34 were nine times more likely to be killed by the police than other people in the U.S. last year, with 1,091 deaths in total. Of those, 169 people were unarmed and 53 percent were white, though white people make up 77 percent of the population.

What is your response to the video?