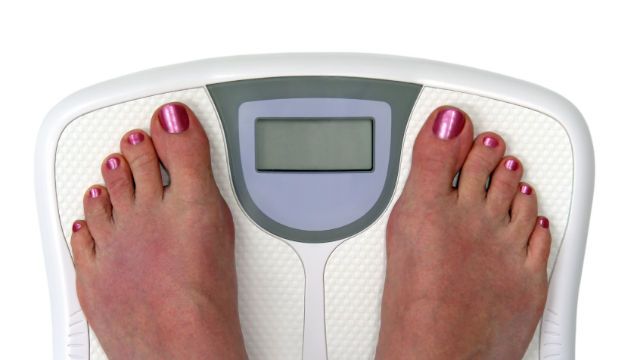 A scary new ‘diet’ trend has become popular among some adolescent girls – the practice of dipping cotton balls into juice and swallowing them in order to feel full and eat less. Besides the very thought being shudder-inducing, this habit – which is more of a symptom of an eating disorder than an actual diet – can have some severe health consequences.

Video clips of teenage girls swallowing cotton balls have gone viral on YouTube, possibly as a result of Eddie Murphy’s daughter, Bria Murphy, a professional model, alluding to seeing other models performing this activity in an interview on Good Morning America. While Ms. Murphy was not promoting this as a healthy activity by any means, the very mention of it as ‘something that models do’ seems to have given some teens a very destructive new idea.

According to a WebMD blog by Dr. Arefa Cassoobhoy, MD, MPH, the ‘cotton ball diet’ consists of dipping cotton balls in juices or smoothies, and eating up to five in one sitting.

The cotton is assumed to act like fiber in the body, and the practice is thought to prevent both hunger and weight gain, as no calories other than those in the juice are being consumed. Dr. Cassoobhoy explains that some followers of the fad eat cotton balls before meals to eat less, and some attempt to eat exclusively cotton balls, instead of meals.

However, cotton balls are nowhere near a digestible source of fiber. Brandi Koskie, the managing editor of Diets in Review, says that most cotton balls are not even cotton – they are usually made of bleached polyester fibers that are laden with chemicals. Koskie wrote, “your clothing is also made of polyester, so swallowing a synthetic cotton ball is like dipping your T-shirt in orange juice and eating it.”

Dr. Cassoobhoy states that this fad brings with it a high risk of choking, may lead to malnutrition, and could lead to the formation of bezoars, intestinal blockages similar to hairballs that require a surgical procedure for removal.

According to Karmyn Eddy, the co-director of the Eating Disorders Clinical and Research Program at Massachusetts General Hospital, ingesting cotton balls is a form of pica, the consumption of non-food items sometimes caused by the lack of a certain nutrient.

Eddy also sees the ‘cotton ball diet’ as a form of an eating disorder. Indeed, compulsively eating cotton balls in order to stay thin appears akin to both anorexia, where a person is compulsively starving themselves, and bulimia, which is characterized by binges and purges.

Koskie says, “when we talk about something like this we certainly aren’t talking about health anymore. We’re talking about weight and size and certainly something that is potentially very, very dangerous.” Dr. Cassoobhoy says that this should be taken very seriously, and advises parents to confront their children if they suspect they are following this fad. If that doesn’t work, she suggests seeking professional counseling, as with any dangerous eating disorder.

She adds, “of course we have to start at home with our own body image and our own view of what’s a healthy lifestyle. But beyond that we need to be informed. Diet fads aren’t healthy, and eating disorders are a group of real illnesses which are very common. Ignoring the signs won’t make it go away.”

As sound information about how to achieve a healthy weight – and a healthy lifestyle in general – starts at home, parents need to stress to their children, especially young women going through adolescence, that the way to achieving their ideal weight is by eating a variety of whole, nutritious foods, including healthy fats and proteins, limiting carbohydrates, getting regular exercise, staying hydrated and getting plenty of sleep.

While it may not be a ‘quick fix,’ it is the right fix, as all too often, the shortcut leads to disaster.