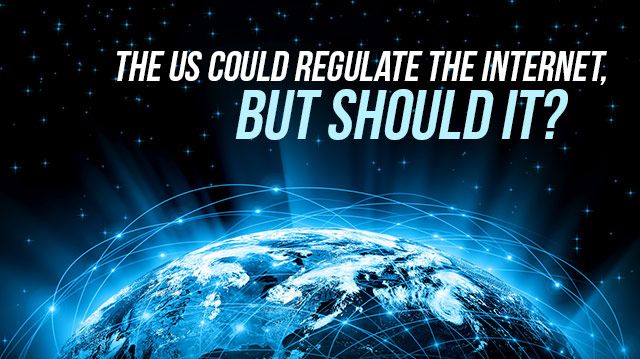 As an international space and free-for-all of random social media content, diverse blogs, media and forums, some people may think the Internet is above regulation and the law. But countries around the world are implementing legislation that aims to protect users from harmful content, even at the risk of free speech. Should the United States follow suit?

China uses firewalls to prevent access to some sites and has a range of Internet regulations, including stipulations about websites hosted in the country registering their domain names and a process for government approval of new domain extensions.

A recent court order in the UK has forced Internet service providers to block free video streaming sites such as Putlocker. However, VPN services or mirror sites can get around those efforts.

US regulating the Internet more than you think

There is also some Internet regulation in the United States, despite a cultural emphasis on free speech. The U.S. government actually intervenes in Internet life a lot more than most people think.

The United States also encourages content regulation at a business level, especially focusing on protecting intellectual property, and over some types of terrorism. U.S. officials have pressured social media sites, for example, to monitor or block people with connections to the Islamic State. Twitter has since shut down 125,000 such accounts.

Internet companies, meanwhile, are taking on regulatory decisions themselves. Facebook censured breastfeeding, for example. While on a practical and technical level it might seem the easiest way to protect users, corporate policy decisions are unaccountable to the public and they are not necessarily the best-placed people to decide on the ethics of content.

But it’s U.S. Internet surveillance practices that perhaps most impact freedom of expression and put the country near the bottom of the list for Internet freedom. Edward Snowden revealed in 2013 how the National Security Agency (NSA) had been spying on U.S. citizens and foreigners through phone metadata and the Internet. Such practices affect the freedom of investigative journalists as well as the privacy of individuals.

Freedom of expression or freedom to hurt?

What Internet regulations are necessary and at what point do they cross a line into impinging on free speech?

There is speech that incites violent actions, such as the historic dehumanization of Jews in order to lay the foundation for exclusion and extermination. Today, dehumanization of Muslims and Middle Easterners has softened up the public for U.S.-led invasions. Verbal and Internet-based discrimination against Muslims in the United States has led to physical attacks and murders of U.S. citizens.

Many would argue that regulation of hate speech on the Internet goes against creating a climate where there is “free intellectual exchange, [and] hateful and bigoted ideas are refuted and discredited,” as Jonathan Rauch writes in The Atlantic.

Yet hate speech can intimidate women and other targets and force them into being quiet — meaning their right to free speech is restricted.

When money is introduced into the equation, either for buying advertising or Twitter followers or to affect access to even being online, free speech becomes even less available to everyone.

The United States has just approved new regulations on Internet service providers to stop them from applying paid prioritization, that is, striking deals with content companies for smoother delivery of traffic to consumers while slowing down other sites.

Businesses already are objecting. Not enforcing s0-called “net neutrality” would mean that companies such as AT&T, Verizon and Comcast could create pay-to-play fast lanes and charge customers more depending on what sites and Internet services they want fast access to — somewhat like premium cable packages. A company like Comcast, for instance, could slow down traffic for Skype and Google Hangout calls, as they pose competition to Comcast’s phone service. The other consequence would be that sites — especially individuals — who can’t afford to pay would become virtually invisible to users.

It’s worth thinking about the costs of Internet regulation, and the costs of allowing damaging content to continue.