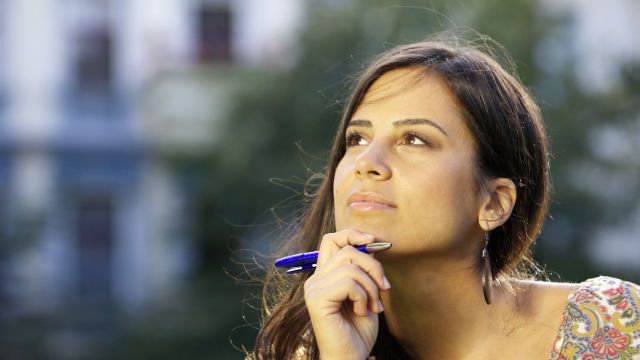 For many generations, daydreaming – especially at seemingly inopportune times such as during class or at work – has been looked down upon. It has been seen as unproductive, and not a quality befitting a good student or top employee.

However, contrary to popular belief, some research shows that daydreaming may actually help people perform better at cognitive tasks.

A new study, recently performed at Bar-Ilan University in Israel, and published in the Proceedings of the National Academy of Sciences, besides showing that daydreaming could have a positive effect on the brain, is also notable because the researchers were able to provoke daydreaming by stimulating the frontal lobe of the brain.

According to Professor Moshe Bar, who headed the study, “we focused tDCS stimulation on the frontal lobes because this brain region has been previously implicated in mind wandering, and also because (it) is a central locus of the executive control network that allows us to organize and plan for the future.”

When the study subjects were asked to perform cognitive tasks while daydreaming, they were found to perform better during daydreams than when fully focused on the task. On this, Bar stated:

As to theories on how daydreaming during a cognitive task may actually help, Bar explains, “this cross-brain involvement may be involved in behavioral outcomes such as creativity and mood, and may also contribute to the ability to stay successfully on-task while the mind goes off on its merry mental way.”

This is not the first study to find that daydreaming may help us with certain tasks. A 2012 study published in the journal Psychological Science found that daydreaming, or “wandering mind,” which is how it is referred to in the study, could aid in memory and recall.

Specifically, subjects were asked to remember letter sequences, interlaced with math questions. Those who were found by the researchers to be more actively daydreaming did better on the tasks.

According to researcher Jonathan Smallwood, “what this study seems to suggest is that, when circumstances for the task aren’t very difficult, people who have additional working memory resources deploy them to think about things other than what they’re doing.”

So, be mindful of when you’re doing it – there is obviously important information you get throughout your day that you don’t want to miss – but if you feel your mind wandering while you’re trying to get some work done one day, perhaps go with it and see where it takes you!