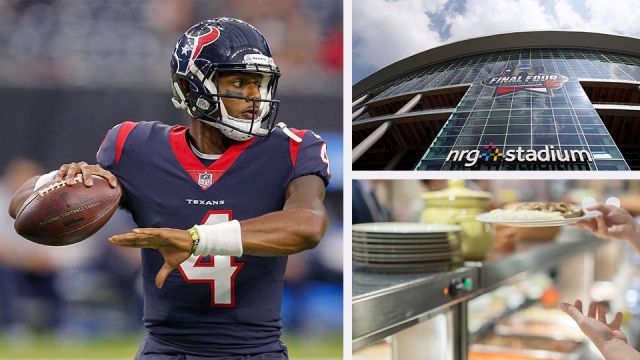 Houston Texans rookie quarterback Deshaun Watson donated his first paycheck to a group of NRG Stadium cafeteria employees. His actions were motivated by the devastation that Hurricane Harvey presented to the city. Although it has been a month since the record-breaking flooding hit the city, full recovery will unfortunately take years.

Check out the video for yourself:

“If you can, you must.”@deshaunwatson​ gave his first @NFL​ game check to help a few familiar faces. #HoustonStrong pic.twitter.com/rwcyGMSRFN

As seen, one of the women became highly emotional after learning of the donation and wanted a hug. “Hopefully, that’s good and that can get you back on your feet,” said Watson. “Anything else y’all need, I’m always here to help.”

Lots of people have been commenting on the matter on Twitter:

Very classy of @deshaunwatson to give his first game check to 3 women who work in the team cafeteria and lost everything in the flood.

Incredible generosity. Impossible not to be a fan of DeShaun Watson. Could already be on his way to becoming one of the faces of the NFL. https://t.co/0eVnRu6Deh

Watson isn’t the only Texan that has been generous after Hurricane Harvey. Teammate J.J. Watt started a fundraising campaign that raised more than $37 million. Watson is certainly an up and coming star in the league, who clearly is showing how he wants to become an important member of the Houston community.