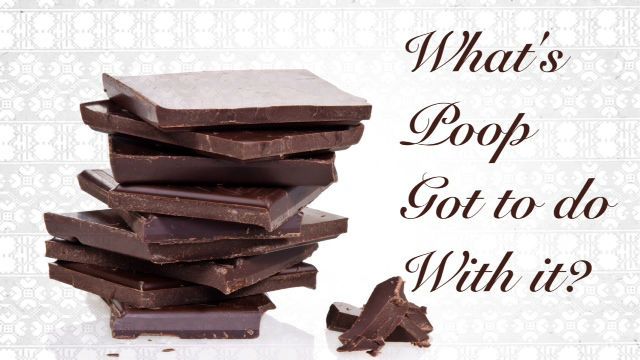 Dark chocolate is good for us – this we know. In previous articles we have outlined just why our love affair with this rich, delicious delicacy is not such a bad thing.

However, up until only recently, researchers had no idea just how the body worked to use the beneficial properties in cocoa. Now, we have an answer, and although it does not seem so appetizing, it is just another example of how amazing the human body is.

According to researchers, digestive enzymes and bacteria in our feces break down molecules in cocoa, releasing all of its amazing health properties. Without the work of these hungry bacteria and digestive enzymes, we would not benefit from cocoa at all.

Recap on the benefits of dark chocolate/cocoa

Chocolate was used medicinally in South America 5,000 years ago, but recent science shows that eating it in small amounts, particularly dark chocolate, could help one to maintain a healthy heart and good circulation well into old age.

The ancient Mayans referred to cacao, the raw, unprocessed form of chocolate, as ‘the food of the gods.’ Depictions of people drinking cacao are incorporated into their artwork, and the shapes of cacao pods are found carved into their stone templates. Ancient Mayans also grew cacao trees in their household gardens.

Organic, raw dark chocolate contains minerals including magnesium, sulfur, zinc, iron, copper, potassium, manganese and calcium. These minerals contribute to the health of the cardiovascular system. One study found that eating as little as 6.7 grams of chocolate per day had a protective effect on the heart.

The fats that raw cacao contains also support well-being. They include oleic acid, a monounsaturated fat that is also found in olive and coconut oils, plus saturated fats, which the body needs to properly function.

Cacao beans are rich in polyphenols called flavonoids, which have been found to have antioxidant properties. In fact, they contain eight times the number of antioxidants found in strawberries. Studies have shown that antioxidants protect the cells and combat the free radicals that contribute to aging.

The smell of chocolate alone is said to be enough to help guard against the common cold, as its antioxidant compounds are absorbed into brain cells and may also protect against the damage that causes diseases like Alzheimer’s.

How do we benefit from all of cocoa’s goodness?

In March of this year, chemists discovered just how our body is able to reap all of the rewards when we consume a rich and delicious organic dark chocolate bar. According to researchers, we are not the only ones who crave dark chocolate – certain gut microbes actually convert compounds in chocolate that are otherwise indigestible into anti-inflammatory, health supporting compounds.

To solve the mystery, researchers created conditions similar to our digestive system inside of test tubes. They then proceeded to expose enzymes similar to those found in our digestive tract, as well as bacteria like that found in human feces, to raw cocoa.

The study demonstrated how the antioxidant compounds, including catechin and epicatechin, found in cocoa are poorly digested and absorbed. However, when they reach the colon, microbes begin to break them down into smaller molecules which have potent anti inflammatory properties and can be used by the body. Studies have attributed these compounds to the dilation of blood vessels and reduction in blood pressure.

When we eat a dark chocolate bar high in cocoa, or we eat raw cocoa, long molecules of polyphenolic polymers stay in the gut. According to John Finley, a professor of food science and biochemistry at Louisiana State University, the molecules (as was demonstrated in the research above), are too big to cross the gut wall and be used for nutrients.

These molecules travel up and down the GI tract until they come in contact with microbes that live in the human colon – specifically Bifidobacterium and lactic acid bacteria. After fermentation, the smaller molecules that are anti-inflammatory can travel through the wall of the gut and be used by the body. 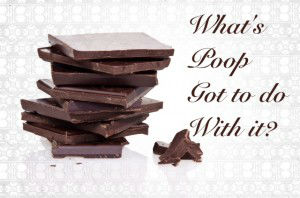 According to the study leaders, one can benefit from as little as 2 tablespoons of raw cocoa per day. Instead of looking for the perfect dark chocolate bar, why not just add a little raw cocoa to oatmeal, smoothies or organic yogurt?

One day, these beneficial compounds contained in cocoa may even be available in a pill form – Mars, the maker of M&M candy, is currently funding research on just such a pill. However, it is just far more fun to enjoy an organic, delicious, raw cocoa dark chocolate bar, or some raw cocoa, than to swallow a pill!