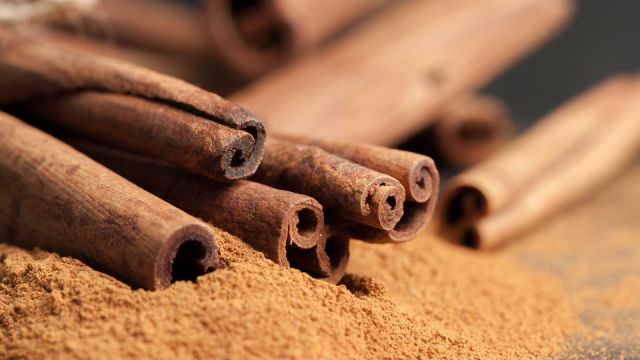 At a time when Americans are so obsessed the spread of germs, sanitizers and disinfectants have become staples in every home. The problem is, many of these antibacterial products contribute to antibiotic-resistant bacteria — a growing problem. So, research is now looking at alternative ways to disinfect. Cinnamon has been used for thousands of years to preserve food, and even embalm the dead. Today, cinnamon can do much more than simply flavor foods. Researchers recommend cinnamon oil as a disinfectant since it has been shown in many studies to have powerful antimicrobial properties. Here are the many great uses for this ancient spice.

Why cinnamon makes such a great disinfectant

Bacteria are mighty little organisms that, overtime, are becoming increasingly resistant. This poses a threat to human health all over the world, according to research published in the Journal of Molecular Sciences. Therefore, science is looking at new antimicrobial agents that could overcome this resistance. Spices like cinnamon are finding their place as a disinfectant because they possess significant antibacterial and antifungal properties. In fact, cinnamon oil was found to effectively kill E.coli, the bacteria that normally live in the intestines of people and animals, and that is found in contaminated foods and on surfaces.

A study conducted by a team of surgeons, found that cinnamon oil killed various common and hospital-type infections, such as methicillin-resistant staphylococcus aureus (bacteria that become resistant to antibiotics) and streptococcus (bacteria common in strep throat and pneumonia.) In fact, researchers found that cinnamon oil was just as effective as many of the antiseptics commonly used in hospitals. Other studies show similar results, with even low concentrations of cinnamon oil — 10 percent or less — being effective against E. coli, staphylococcus, and many other antibiotic-resistant bacteria.

How to make your own cinnamon oil disinfectant

Try this homemade Ceylon cinnamon oil disinfectant in your home. It’s all-natural and effective against most antibiotic-resistant bacteria. It can be used on any surface — even food prep surfaces such as cutting boards and refrigerator shelves. Plus, it will keep ants, mice, and cockroaches away!

Shake the bottle before every use, as the cinnamon oil will settle. Additionally, store it in a cool, dark area and keep cinnamon disinfectant away from heat and sun to extend its shelf life.

Modern science now confirms what ancient people have known for thousands of years — cinnamon has remarkable medicinal benefits. It’s history dates back as far as Ancient Egypt when it was highly regarded as a gift for kings and used to embalm the dead. There are two types of cinnamon: Ceylon cinnamon (aka “true” cinnamon,) which is of higher quality than its counterpart. Cassia cinnamon is the more common variety, generally less expensive and found in the supermarket. Cinnamon’s distinct smell and flavor come from the oily compound, cinnamaldehyde. This compound is also responsible for most of its medicinal benefits.

So why are antioxidants so necessary? Antioxidants protect cells against free radicals. Free radicals contribute to serious ailments like heart disease and cancer. When free radicals overpower the body’s ability to regulate them, an imbalance in the body happens called oxidative stress. Free radicals are molecules produced when the body is exposed to toxic elements like environmental pollutants, the ozone, pesticides, industrial solvents, radiation, and certain drugs. In a comparative study between 26 spices, cinnamon presented the highest antioxidant activity, even higher than super-antioxidants like garlic and oregano. Simply put, if this spice is added to your meal, it can help boost your immunity. And that’s something we all need these days.

Cinnamon is well known for its blood-sugar-lowering effect, which is why a sprinkle every day in your morning coffee, smoothie, or cereal is a good thing. Many studies confirm the anti-diabetic effects of cinnamon. In fact, research shows that cinnamon can lower fasting blood sugar levels by 10 to 29 percent.

It has anti-inflammatory properties

Inflammation is the root cause of all that ails us. Of course, there’s good inflammation (the short-lived, acute kind that helps fight infection and repair tissue), and then there’s the bad inflammation. When inflammation becomes chronic and lasts for months, and even years, it contributes to arthritis, heart disease, diabetes, and more. Studies show that cinnamon has potent anti-inflammatory properties that can help defend against certain diseases.

All in all, cinnamon’s powerful antimicrobial agents make it a superior disinfectant when compared to chemically-laden cleansers. It’s also one of the healthiest spices you can consume. Keep in mind, while both Ceylon and cassia cinnamon have health benefits, Ceylon cinnamon is superior and a better choice if you’re going to consume it daily.