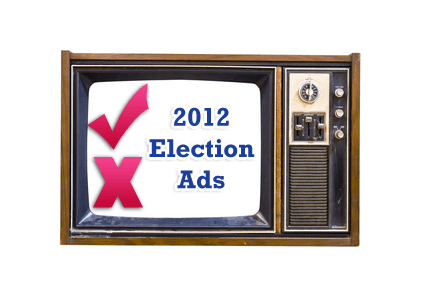 Curious about the effectiveness of political advertisements, Professor Zheng Wang of Ohio State University designed a study to examine physical responses while participants watched political ads on television. She discovered that while people watch advertisements on TV, behavioral responses reveal their true views about what the information presented.

Curiously, study participants responded much more significantly when they were paying more attention to the ad. Individuals who were interested in one specific candidate physically responded when that candidate’s ads were playing. However, when the opposing candidate’s advertisements were playing, their attention waned and respiration and heart rate remained normal. For individuals who were not biased toward one specific candidate, response levels remained the same for both sides.

In many cases, politicians place a great deal of emphasis on television advertisements that try to persuade voters to change their stance on which candidate they support. However, research indicates that perhaps other methods of influencing voter choices may be more effective. Additionally, the implications regarding communication in general is intriguing. If people tend to tune out information opposing their preconceived ideas regarding political candidates, what other areas of life do people tend to tune out opposing information?

How do you feel about political ads on television? Do you tune them out? Let us know in the comment section.