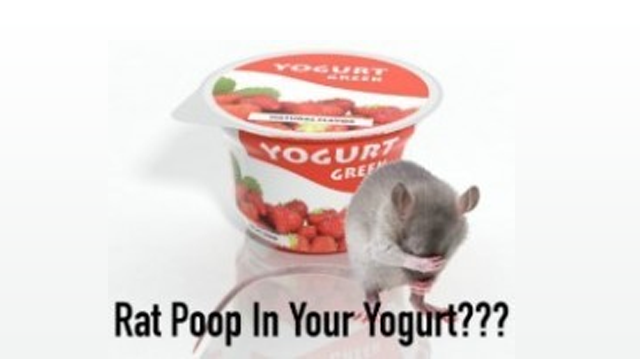 Dairy is a dietitian’s favorite ‘health food.’ Weren’t we all told to drink our glass of milk with dinner as kids? And, don’t you reach for a cup of Greek yogurt when you want a healthy snack?

The truth is, today’s mass-produced, over-processed dairy is not the same nutritious elixir our great-great-grandparents drank. Before agriculture came around (a relatively short time ago in terms of human history), humans weren’t drinking any other animal’s milk after being weaned from the breast.

Therefore, it’s logical to conclude that we aren’t very well suited to consume and digest dairy foods – especially not in their modern state, and not as a dietary staple, as the average person does today.

Dairy is known to sometimes cause digestive distress, and it may contribute to inflammation and allergic conditions. It’s estimated that up to 40 percent of acne cases can be attributed to a dairy allergy. If you think it is the fat in milk, think again. Studies have shown it’s actually skim milk that has the strongest links to health issues such as acne.

Dairy also encourages the production of mucus in the body. Try dropping dairy for a week and see if your chronic sniffles and phlegm clear up – seriously!

Finally, dairy contains inflammatory proteins such as casein and whey, which are known to contribute to chronic inflammation. This may in some cases lead to conditions such as arthritis and autoimmune illnesses. Organic coconut milk (packaged without BPA) and homemade almond milk can be good substitutes.

The problem with yogurt

The vast majority of us reach for yogurt when we wanted a healthy, filling snack. However, mainstream commercial yogurt has a number of issues that gets it kicked off the healthy foods list.

First of all, commercial yogurt is made from pasteurized, skimmed, homogenized milk. This means the milk is pushed through tiny holes, spun at high speeds, and boiled at high temperatures. These processes effectively destroy or denature many of milk’s natural nutrients, fats, proteins and enzymes.

Then, some active yogurt culture is added back in afterward, which inevitably is only one or two strains out of the potentially hundreds that can occur in natural yogurt. Sometimes these can even be patented strains of bacteria engineered in a lab, such as the one used in a certain highly popular brand of yogurt, which is engineered from rat poop.

This form of bifidobacteria, scientifically known as Bifidobacterium Animalis, is slickly marketed as B. Regularis. It’s sourced from animal feces and is not naturally found in the human digestive tract. It has been shown to be technically safe to consume, and does in fact increase the speed at which material moves through the gut and out the other end.

However, because of its animal origin, it doesn’t colonize the gut or improve long-term health. Rather, it orchestrates a consistent purchasing habit of this particular brand of yogurt, because as soon as you stop eating it, the good effect disappears. 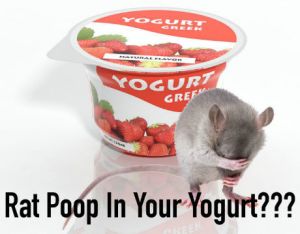 The second problem with yogurt is that other additives such as thickeners and sweeteners are often used to make it palatable. In its natural form, yogurt is a tart and sour food. This doesn’t sell a lot of product, so pseudo-food ingredients like carrageenan and guar gum are added to improve texture, and sugar is piled in for better taste.

Look out for sugar veiled under healthy-sounding labels, such as ‘organic brown rice syrup’ or ‘agave syrup,’ which have been shown to be just as unhealthy as high-fructose corn syrup.

Check out the nutrition info next time – you might be surprised to see that your yogurt contains more grams of sugar than that “healthy protein” you were looking for. Also, check the label for B. Regularis.

If you’re looking for better alternatives for your family, try swapping your commercial yogurt for real food options, such as homemade coconut milk yogurt or banana-chia seed pudding.

Real yogurt made from organic milk can also be healthy – but it may be best to keep the dairy in moderation.