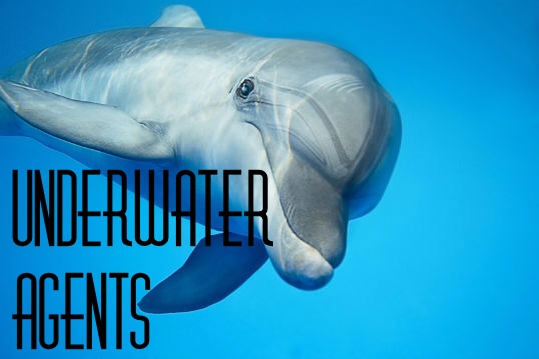 If you ever watched an episode of Flipper as a child, your interest was most likely peaked by Flipper’s extraordinary intelligence. Believe it or not, this was more than just Hollywood fiction.

Dolphins have been scientifically proven to have above-average brain power, an extremely accurate echolocation system, and brilliant eyesight. All of these characteristics have contributed to the military’s interest in dolphins as the new sniffer “dog.”

It’s true that when we think of animals in warfare, dolphins may not be the first mammal to come to mind. However, they have actually been extremely helpful as “underwater agents.” The idea of using dolphins and sea lions in the navy isn’t new. In fact, the U.S. Navy has had a unit called the Navy Marine Mammal Program since the 1960s!

The military has been using these mammals to detect sea mines, recover equipment that has been lost in the ocean, and even to locate unwanted divers trying to swim through restricted waterspace.

“[Bottlenose dolphins] are better than any machine as far as detecting mines,” says Paul Nachtigall, head of the marine mammal research program at the University of Hawaii in Kane’ohe Bay. Any machines that the military has attempted to model off of a dolphin’s sonar ability has fallen short of the real thing. The dolphin’s sensitive and finely-tuned echolocation has been the subject of much fascination and speculation on the part of scientists everywhere for multiple decades.

It’s not just dolphins. California sea lions are also major participants in the marine mammal program. The sea lion’s specialty is finding things that are not where they should be, much like a “spot the difference” game. They don’t possess dolphin sonar, but they do have incredibly keen eyesight. “They’re really good at finding things that are out of place,” says Nachtigall.

The U.S. Navy uses unarmed mines to allow the sea lions to practice. Handlers will give a sea lion an attachment system to hold in its mouth, and the animal will then be sent overboard where it will find it’s target, and attach the clamping device to it. Finally, the object will be reeled in by handlers waiting in a boat at the surface.

Both of these species of marine mammals have proven themselves hardy, intelligent, and extremely trainable. So, not only are these fascinating creatures beautiful to look at, they are also helping to save lives. Not to mention the fact that their sonar capabilities are more reliable than our current technology could hope to be.

Now that you know this, next time you see a dolphin, you will probably look at them completely differently than you did before. Hats off to dolphins and sea lions – we salute you!