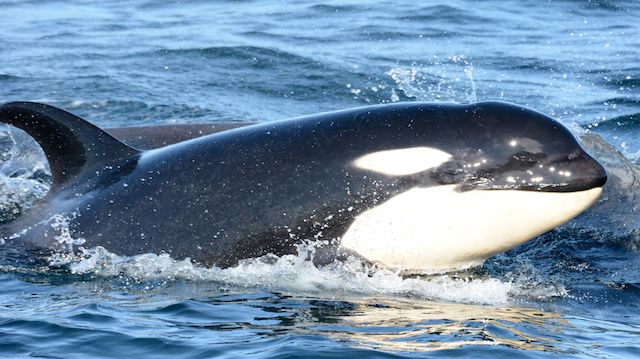 Exciting news for whale lovers: A set of orca whale parents have given birth to a baby calf. Orca whales are the most endangered species of whale, due to their nickname the “killer” whale. This nickname has caused thousands of people to hunt them for sport, drastically reducing their population numbers and reducing their species status to critically endangered.

This calf was the seventh born to orca parents in 2015, which is substantial growth, as orca whale numbers have dropped significantly in previous years, with the 2013/2014 season showing just 77 orcas. During that season, none of the new baby whales survived, which means this calf’s birth is a cause for celebration.

The baby was first discovered this past December near the coast of Washington. Whale watchers from the Center for Whale Research were the first to discover the happy news. The staff took images of the baby calf with its mother.

The whale researchers gave the calf the name L123, which is how most whales are named. This is the first baby born to the mother L103. The sex of the baby whale is currently unknown.

Since the 1990s, the orca whale population has dropped by 20 percent. Whale researchers cite habitat disruption, pollution and, more importantly, the drop in Chinook salmon as reasons for the die-off. The Chinook salmon is another endangered species that has dropped to near-critical levels, and the orcas rely heavily on the salmon as a main part of their diet.

“While a new calf born to this struggling population is certainly cause to celebrate, we continue to emphasize the need to focus on wild Chinook salmon restoration efforts. Especially the removal of obsolete dams that block wild salmon from their natal spawning habitat, such as those on the lower Snake River,” the Center for Whale Research said in a statement released about the event. 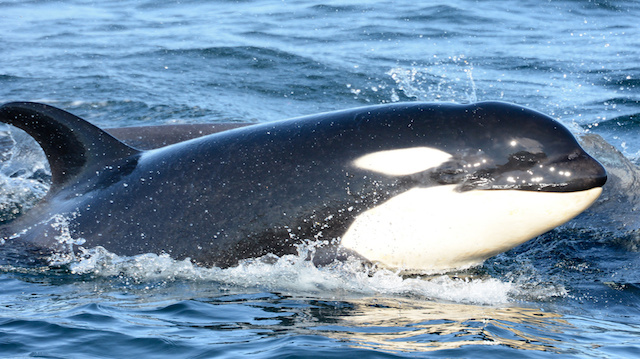 According to the researchers, Chinook salmon are dying off in record numbers due to many factors. Pollution and habitat disruption are major killers for the Chinook salmon, but according to a 2015 report from the American Fisheries Society, the biggest cause of death may be climate change.

The report shows that this year, the warming of the rivers where Chinook salmon swim and spawn caused hundreds of fish to become stressed and die. The society mentions the extended drought in the West for preventing mountain snow from reaching stream water. The snow usually cools the water enough to keep the salmon happy. When the water temperature rises above 70 degrees, it stresses the fish and causes them to die.

However, the Fisheries Society reports that in 2015, over 51,000 Chinook salmon passed through one fish counting station. On average, only 41,000 pass by, indicating a population increase. This could be why the whales were able to sustain so many new calves this year.

Increases in food supply lead to healthier whales who can produce strong calves in greater numbers. Food increases also mean the calves are more likely to survive through adulthood once they leave the baby stage.