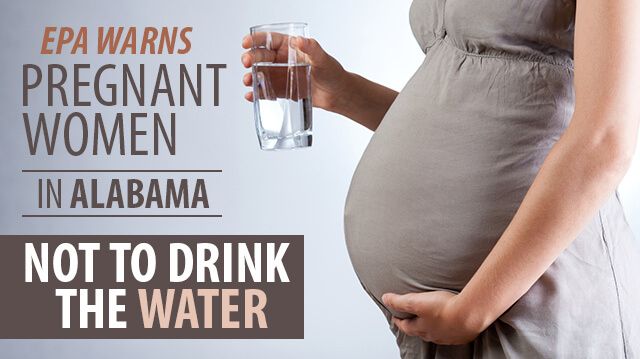 Attention residents of northern Alabama, and especially mothers-to-be and parents of young children: you may not want to drink your tap water for a while.

According to a US Environmental Protection Agency (EPA) health advisory announced by the Alabama Department of Public Health (ADPH), certain water systems in northern Alabama have been found to contain higher-than-allowable levels of perfluorinated compounds, including perfluorooctane sulfonate (PFOS) and perfluorooctanoic acid (PFOA).

These compounds, which are also found in firefighting foams and waterproofing materials, can leach into water from manufacturing facilities. When ingested in levels higher than the allowable 70 parts per trillion, they may lead to birth defects and a weakened immune system. These compounds have also been associated with heart disease and cancer.

“ADPH announced EPA’s health advisory recommending that pregnant and breastfeeding mothers served by identified water systems consider using alternate sources of drinking water. For formula-fed infants, the recommendation is to consider using formula that does not require adding water. Other people served by these systems may also consider these steps.”

Currently, the two systems affected by this announcement are

Originally, the announcement included six other water systems. However, these six have since been cleared:

Along with parents and mothers-to-be, everyone in these areas may want to consider not drinking the tap water until this problem is fixed. The ADPH maintains that bathing, doing dishes, and doing laundry should be safe with the tap water.

If you live in one of these affected areas, keep tabs on the ADPH announcements for up-to-date information on the situation. Much better safe than sorry!