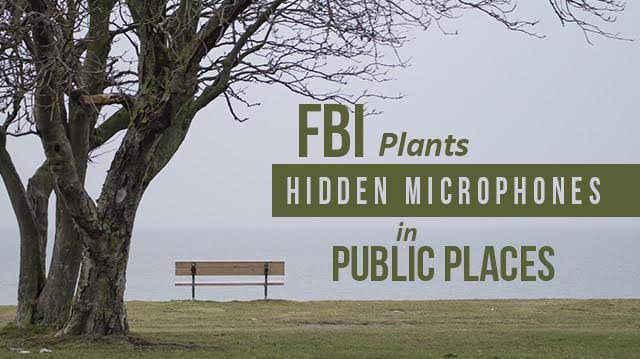 A recent investigation into bid-rigging at public foreclosures raises an interesting question: Should citizens have a right to presumed privacy in public places? The San Francisco FBI thinks not. Federal agents hid microphones around three courthouses in the city in the hopes of getting an upper hand.

The case itself is relatively simple. Real estate investors stand accused of agreeing to keep auction bids on foreclosed properties low by not outbidding each other in court. Allegedly, they then would share profits on property purchased at reduced prices. A sting operation led to 50 convictions in California and is still going strong. Now they’re going after Michael Marr.

Marr is an investor who, along with his associates, has bought up hundreds of properties throughout California. Some were flipped, others were rented out. The investors made out like bandits. There are no underdogs in this story.

FBI agents hid recording devices in order to catch conversations between investors during those public auctions, which are held on the literal courthouse steps. Surveillance didn’t stop there. Bugs were installed near a courthouse bus stop. A backpack was bugged and planted near an indoor statue. Microphones were left on parked cars, roving cars, up a pole and in bushes.

The public first learned about the public FBI surveillance in conjunction with a foreclosure fraud sting operation last year. The FBI attempted to use some of the audio collected outside of the San Mateo courthouse as evidence against several investors. The investors protested, claiming that the audio had been illegally obtained.

The legal precedents are murky. The Wiretap Act of 1968 prohibits the interception or disclosure of “wire, oral, or electronic communications” through the use of a device. This applied to both private parties and to government agencies without a warrant. Katz vs. United States concluded that planting a bug outside of a public phone booth was illegal because the phone user has a reasonable presumption of privacy when closing the booth door.

Lawyers in the San Mateo case argued that the defendants took steps to ensure their privacy, such as stepping away from others and speaking in hushed voices. These steps, they argued, are the equivalent of closing the door of a phone booth. They also posited that planting the bugs in the first place amounted to a felony offense for which federal agents should be held accountable.

The FBI removed the questionably obtained audio from evidence. They claimed that the raucous nature of public auctions rendered the audio useless. Some speculate that they just didn’t want to deal with the negative publicity of the case. The defense went so far as to assert the FBI was trying to “cut its losses and sweep its criminal conduct under the rug.”

The government requested that the court move on without assessing the legality of the bugs. In a February 2016 hearing, Judge Charles Breyer denied the request. Breyer thought it important he assess the bugs to ensure there was “no taint” on other evidence.

Though in a separate case, the proceedings against Marr and nine other investors closely mirror the San Mateo case. The defendants’ lawyers argue that both the audio and any evidence that may have been uncovered due to illegal recordings should not be admissible in court.

The outcome impacts more than foreclosure investors. The recordings include more than just public auctions. The devices were often recording for some time before and after the auctions, capturing private conversations between lawyers, judges and defendants completely unrelated to the real estate matter.

The case hinges on whether people had a reasonable expectation of privacy in public places. Judge Breyer is pushing hard for the prosecution to come up with third-party witnesses who overheard the conversations in question, If they exist, he reasons, “there are serious questions of whether [the defendants] had a reasonable expectation of privacy.”

Despite Judge Breyer’s logic, it seems that one could quietly discuss your plans within earshot of a fellow investor without fear of that conversation being recorded, analyzed and used against you in court. Apparently not, however.

And so the question remains: How far should our expectation of privacy extend in public spaces?