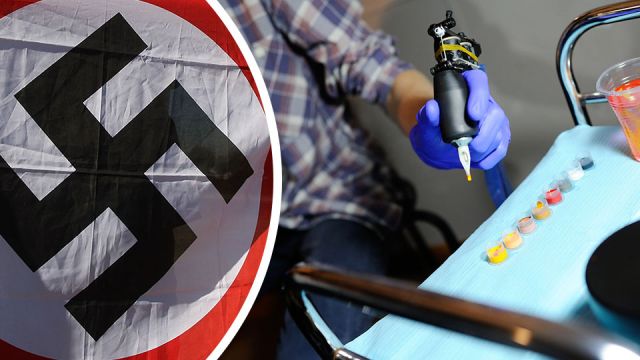 Colorado resident Michael Kent used to be in a neo-Nazi group, but thanks to his parole officer named Tiffany Whittier, he can add “former” behind “neo-Nazi.” In a world with so much unfortunate division, it is truly amazing to see stories of love peek through, like this one.

Kent’s parole officer, Tiffany Whittier, is a 45-year-old African American woman who advocates people seeing others beyond their skin color. “If it wasn’t for her, I would have seeped back into it,” he said. “She really is so much more than a parole officer because I look at her as family.”

Before going to prison, Kent was in a violent white supremacy group based in Arizona. During his incarceration, he got two swastika tattoos to further demonstrate his racial views. After getting out, Whittier was assigned to be Kent’s probation officer. From there, an unlikely friendship started to form.

Whittier also lives in Colorado Springs and says that she didn’t want to judge Kent on his past life choices. Rather, she just wanted to be a positive force in his life. Eventually, Kent made a personal decision to go to a tattoo parlor and get his swastikas covered up. He got the tattoos removed at Redemption tattoo, an organization that helps former neo-Nazis get their tattoos removed for free.

Also, Kent took down the Nazi flag in his house and put up a smiley flag instead. “When you wake up and see a smiley face, you’re going to go to work and you’re going to smile,” says Kent. Currently, Kent is working at a chicken farm with 13 other employees, where he is the only white man in the workplace. “Before all this, I wouldn’t work for anybody or with anybody that wasn’t white,” said Kent. “I enjoy attending my coworkers’ quinceañeras and company parties, despite the racial difference.”

“I don’t want my kids to live the life I lived and live with hate,” noted Kent, who is a father of two. “I want my kids to know me for who I am now — a good father, a hard worker and a good provider.