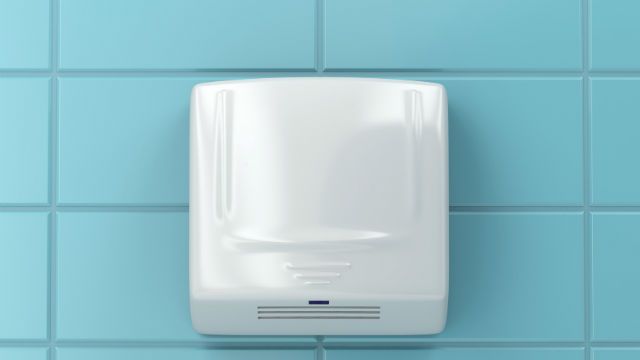 Ever since the invention of hand dryers, many have believed that they are better than the old standby paper towels. Environmentally speaking, it’s certainly better for the health of the trees that would have otherwise been cut down to make more disposable toweling. Does that mean it’s also better for your health?

Jet-air models may be the worst offenders

In a study conducted by the University of Leeds, it was found that hand dryers were actually blowing germs around. The researchers used harmless bacteria and simulated poor hand washing to track the performance of the hand dryers.

Even as far as three feet away from the dryers, the same pattern of high volumes of bacteria was found. More alarming is that some of the bacteria that the researchers collected five minutes after using the dryers was still lingering in the air as long as 15 minutes later.

The research team was led by Professor Mark Wilcox of the School of Medicine, who suggested that using an electric hand dryer in a public bathroom could be equivalent to spraying your hands with other people’s germs. This could be particularly problematic in healthcare settings because of microbial cross-contamination risks.

According to Professor Wilcox, “these findings are important for understanding the ways in which bacteria spread, with the potential to transmit illness and disease.”

Dyson, the manufacturer of the jet-dryer, called the research “flawed” because the test was performed on glove-covered hands that had been highly contaminated with unrealistic bacteria levels. They also pointed out that the European Tissue Symposium funded the research.

While more research needs to be done, what has been found so far is cause for concern, and a call to manufacturers for improvements in these dryers which would make them more sanitary.

Paper towels may be a better option – in some ways

After reviewing 12 hand-drying studies, Australian scientist Cunrui Huang surmised that paper towels were the best method, because they dry hands more quickly than air dryers. The speed of drying is significant because bacteria tends to spread faster on wet hands.

“A hand dryer takes 30 seconds longer to achieve about the same dryness as a towel,” said Huang. “This is important because most people spend less than 20 seconds drying their hands.”

He also pointed out that one of the reasons paper towels work better is that they can physically remove bacteria from someone’s hands, which the hot air and jet-air dryers do not. Not to mention that the act of rubbing hands together under the dryer increases the odds of bacteria being released into the air.

Of course, paper towels are a strain on the environment, as they do contribute significantly to landfill waste. Some businesses have started using paper towels made from recycled paper in their restrooms, which helps a little but is not an ideal solution, as waste is still created.

A more sustainable, yet bacteria-free, solution is needed; hand dryers, in the current form they are in today, are not doing the trick.