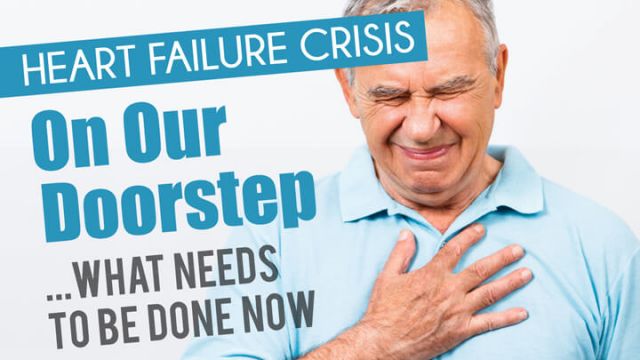 About 5.7 million people in the United States have heart failure and sadly there’s no cure. Worse, according to new data, if you are going to be 60 years of age and older by 2060, there’s a good chance heart failure could affect you.

Increase in heart failure by 2060

A new study presented at the European Society of Cardiology suggests that by 2060, heart failure among the elderly will triple.

“Heart failure is a common condition worldwide and increases with age,” according to lead author professor Ragnar Danielsen, a cardiologist at Landspitali University Hospital in Reykjavik, Iceland. “Various disorders can cause heart failure such as coronary heart disease, hypertension, obesity and diabetes. As these are more prevalent with age the consequence is an increased population of elderly who may develop heart failure,” said Danielsen.

What is heart failure?

The National Institute on Aging in the United States and the Icelandic Heart Association began the study in 2002 according to Science Daily. Over 5,000 randomly selected elderly people were chosen to participate, ranging in age from 66 to 98 years old and with the mean age being 77 years old. The study assessed the prevalence of heart failure in the elderly population and looked at the number of elderly people likely to have heart failure in the future. Fifty-eight percent of the participants were men.

The study concluded that, based on the predicted age distribution and increase in the number of elderly people 70 years and older in the coming decades, patients with heart failure will have more than doubled by the year 2040 and almost tripled by the year 2060. That means in the coming decades the majority of heart failure patients will be elderly, and that there will major health and economical consequences.

You can take steps to prevent heart failure, suggests the NIH. And the sooner you start, the better your chances of preventing or delaying the condition.

Adopting healthy lifestyle changes can also help people who suffer from heart failure to live longer and lead more active lives. In fact, even if you’re at high risk for heart failure, you can still take steps to reduce your risk.