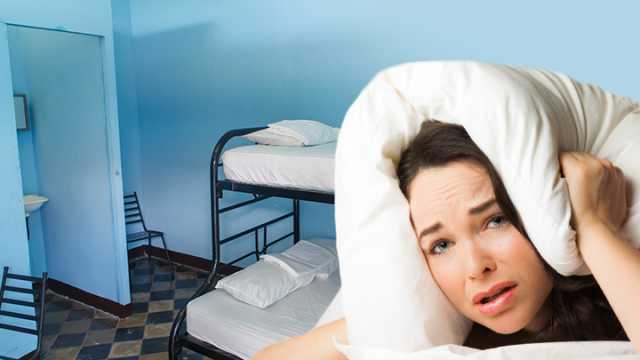 When you hear the word travel, you invariably think of hostels. Throw in the words “intrepid” or “backpacker,” and it’s hostels all the way. Hostels have become synonymous with travel, and it’s not just the younger crowds that are drawn to them these days.

Hostels are now big money. A report that examined the “hostel revolution” that’s taking place across the globe demonstrates that hostel-goers spend more of their disposable income than their hotel-frequenting counterparts, and tend to stay on the road for longer. And with increasing demand from a growing group of traveling millennials, there’s a wide range of hostel options out there — from dirt cheap to high-end luxury hostels.

And from the outside, it seems like there’s no justifiable reason not to stay in a hostel while you travel. If you’re traveling on your own, they’re typically cheaper than hotels or B&Bs, and the staff members that work there are often seasoned travelers themselves who can offer excellent advice on where to go and what to see. Best of all, hostels offer social opportunities that you really can’t get shut up in a hotel room. For those traveling solo, staying in hostels is a great way to meet new friends and build your own traveling posse from the ground up.

But having just finished a non-stop whirlwind tour of half the world that spanned close to one and a half years, I’ve seen both sides of the coin. In one fell swoop, I traveled across Canada, through the United States, down through Mexico, Belize, Guatemala, Honduras and Nicaragua, then spent another four months traveling through Thailand, Cambodia and Vietnam. I stayed in countless hostels along the way and discovered that towards the end of my travels I was subconsciously avoiding hostels like the plague.

In my own humble opinion, hostels are no longer the best way to travel. Here’s why.

One of the reasons why hostels aren’t necessarily the best way to travel is the simple fact that they’re not always the cheapest option. This is particularly the case when there’s more than one of you traveling together.

My partner and I traveled all across North America, Mexico, Central America and Asia, and one thing became quickly apparent: there was simply no financial advantage to staying in hostels wherever we went. This was especially the case in cities, where a plethora of hotels and Airbnbs accessed by a wide range of online search engines meant we were always able to secure a nice hotel room or apartment for even less than staying in a hostel.

For example, in the tourist hotspot of Playa del Carmen, Mexico, a bunk bed at a sought-after hostel would likely set you back around $10 per person. A well-reviewed, clean, comfortable 3-star hotel room in Playa del Carmen, on the other hand, might set you back $20 — but that’s for two people. This often includes breakfast and, more importantly, a secure place to stash your things and a comfy, quiet bed to rest your head. In that hostel, you’ve also just spent $20 for the pair of you, but then you usually need to fork out more money for a locker to store your things, and a towel to rent during your stay. You’ll then spend a whole lot more money on drinks at the hostel bar, which is where hostels truly make money from tourists.

Another thing to keep in mind is that, because hostels are now so popular, they’re gradually hiking up their prices to reflect that increased demand. There’s often a lot more competition between hotels, however, meaning you can often get a great deal or capitalize on short-term specials to get your own room. Yes, one in which you don’t have to worry about having your stuff stolen from, nor getting woken up throughout the night by drunken roommates.

You can forget about sleep in a hostel

If you want to wake up feeling refreshed and ready to take on a day of exploring and seeing the sights, you might want to give the hostel dorm a miss. We always found that, no matter what, there was always at least:

Then there are the times when you really get the short end of the stick and find yourself in a room with new lovebirds who have forgotten about any notion of actually sleeping at night. If they’re in the bunk above you, even earbuds won’t be enough to pretend that isn’t happening!

Personally, I’m a light sleeper. I never sleep well when there’s noise or activity going on around me, and a hostel dorm is quite possibly one of the noisiest, busiest places you could ever rest your head. I can’t even begin to list off the amount of times someone physically banged into me or my bed while I was trying to sleep, or getting up to turn off the A/C unit (if I was lucky enough to get one in Central America) after someone in the room had set it down to 60 degrees for some unfathomable reason.

The result is that you’re often less prepared for the trials and tribulations of travel after a rubbish sleep at a hostel. You could always fork out more and get a private room, but these are typically more expensive than many hotel rooms and usually aren’t as insulated from the sounds of partying and 100 other people as you’d like.

There’s a good chance your stuff will get stolen

Sure, you’ve heard stories about cleaning ladies stealing wallets, passports and any number of other prized possessions from hotel rooms. It does happen, but it certainly didn’t happen to us in our one and a half years of travel across three continents. The same can’t be said for hostels, however.

The fact of the matter is, in hostels you’re relying completely on the goodness of your roommates for none of your stuff to get stolen. In addition, any stranger can usually just walk straight in off the street and into your dorm room, helping themselves to whatever is left lying around and then calmly walking back out again.

Some hostels do provide lock boxes to store your most prized possessions, but these won’t keep a determined thief out and they often don’t fit larger items like laptops. If you’re like us, when you’re out exploring you’ll spend half your time worrying about whether your possessions will still be in the room when you get back.

You never know what to expect in a hostel

During our travels, we’d always walk into our next hostel with a sense of trepidation. Particularly in developing countries like those in Mexico and Central America, we never knew what we’d find when we walked in the door. Sometimes it was a pleasant surprise, but other times you were completely blown away by how different the hostel actually was compared to the advertisement on the likes of Hostelworld.

Those hostels could be filthy, overbooked, lacking in amenities or literally crawling with bed bugs. Sometimes all of those factors combined. There was one hostel we booked into in Tulum, Mexico, which had an amazing website and stand-out reviews, boasting as Tulum’s newest and most sought-after hostel. When we arrived in Tulum, a tiny tourist settlement, our taxi driver hadn’t even heard of the place. Eventually, using Google Maps, we directed the driver to where we thought the hostel was, walked down a muddy jungle lane and arrived at a construction site.

This was our hostel — it was still being built! As we stood there asking the “hostel manager” whether we were in the right place, she said we were and asked if we could come back in three hours as they were currently bolting our beds together and painting them. They were literally building our beds as we stood there!

Try as we might, we couldn’t get our money back for the hostel booking, and everywhere else was full as it was Christmas time. We ended up having to stay there for six long nights, as the construction continued around us and carpenters and painters strolled into our dorm room every day. There was nowhere to lock our things, nowhere to sit during the day and certainly no chance of sleeping.

This is a worst case scenario, of course, but it does happen.

In my opinion, there are two types of people who travel abroad: those who just want to party and have a good time, and those who want to immerse themselves in the local culture and discover new things about themselves. The first group is, in essence, the tourists. For them, staying in a hostel is the obvious choice: days spent drinking in the sun, and nights spent drinking even more and partying with their new-found friends. All well and good, but what if you want to actually travel?

In my opinion, all the drinking, partying and socializing distracts from what you’re there to do in the first place: explore. Staying in a hostel, you’ll inevitably find that you venture out less, do less fun or interesting things, and connect less with the locals.

It’s up to you, but I know which option I’d rather choose.