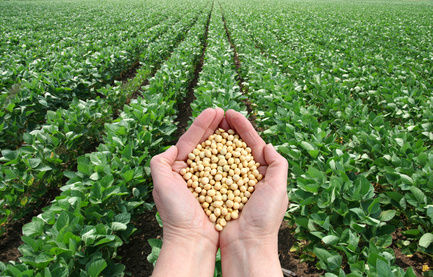 A shipment of GM soybeans reportedly hailing from the United States has recently been refused entry into Sudan.

This is not the first time that Sudanese authorities have barred the import of GMOs into the country; it has a history of taking a firm stand against them on many occasions.

Although Sudan’s GMO policy is not entirely clear-cut from a legal standpoint, advocates from environmental, public interest, professional, religious and governmental organizations in Sudan have all been diligent in spreading awareness about the potential dangers of these crops, and in emphasising the importance of keeping them out of Sudan.

A good point indeed, which encompasses a view that much of the nation shares. A week before Sudan refused this latest soybean shipment, an anti-GMO group, the Sudanese Customer Protection Society (SCPS), was lobbying the Sudanese government to open up discussions on GMOs, which they hope will lead to a complete ban on all GMO imports to Sudan.

Between 2002 and 2004, Sudan refused food aid offered to them by the US Agency for International Development (USAID), because the grain that was being offered as aid contained GMOs. Instead of working with Sudan’s request for GMO-free aid, USAID decided in 2004 that it would no longer provide food aid to Sudan until they changed their policy.

As they were offered no choice in the matter and needed the aid, Sudan has allowed several imports of GMO food aid from the United States since. Summarizing the thoughts of many on this ultimatum by USAID, United Kingdom Environment Minister Michael Meacher said, “it’s wicked, when there is such an excess of non-GM food aid available, for GM to be forced on countries for reasons of GM politics.”

A number of other African countries have bans on GMOs and GMO food aid, including Ethiopia, Madagascar and Zambia. The governments of these countries feel that the potential long-term risks of GMOs to both human health and to the health of the environment are not worth the aid they would receive in the present.

It is an attitude that is becoming more and more prevalent worldwide, and throughout the United States; the potential risks of GMOs are just not worth it.