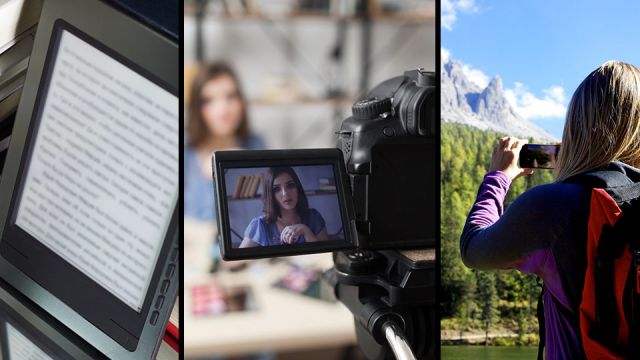 Today, the means of earning income are virtually as unlimited as your imagination. In the past, working for a living was the only viable option that most people had to provide for themselves. That meant showing up at the workplace, punching a clock and enduring a certain amount of drudgery.

Nowadays, digital tools have opened up a whole new world of opportunities, which include novel ways to create multiple alternate revenue streams. By harnessing this technology, you can be generating cash on the side at the very same time that you are working at your day job, relaxing on the beach or getting a good night’s sleep. That’s the beauty of passive income streams — they work for you, even if you are on vacation.

It’s never been a better time to put technology to work for you. Producing a book, developing an e-course or starting a business have never been easier. And with digital delivery, there is no upper limit on the wealth you can create.

For instance, previously you needed a real plant or factory to crank out physical copies of your product. Today, once you’ve digitized your manuscript, music or business templates, you have no additional investment to make (beyond marketing). You make your product once, but can sell it a million times and not have to worry about production costs.

So, how can you begin to create multiple revenue streams? Let’s look at some innovative ideas to get you started.

Several years ago, my fiance and I decided to write a book about overcoming loss and leading a more fulfilling life. We wrote it for several reasons — as a tribute to lost family members, to share hard-won wisdom and as a form of catharsis. We never expected to make a lot of money by writing it (and we haven’t) but each month the book manages to generate some very modest revenue.

Our only investment was time and effort, but each month we receive a little extra cash without any additional effort or expenses on our part. I’m not saying if you write you’ll become the next J.K. Rowling or John Grisham. However, with a little talent, some social media savvy and a fair amount of self-promotion, you can probably generate enough passive income to pay a few of your smaller bills each month.

Do you have a passion for a particular subject matter? Perhaps you are an expert fitness instructor, natural musical teacher or life coach. If so, then sharing your knowledge through online videos, digital workbooks and downloadable audio lectures could be fairly lucrative.

For instance, forums like Udemy.com, which has over eight million active student subscribers, allow just about anybody to create subscribable courseware, which can be promoted via their site.

Have you ever wanted to be a newscaster, host a garden show or create a music video that is seen by millions? In the past, it was very hard to land a gig on broadcast TV. Nowadays, thanks to platforms like Youtube, virtually anyone can create their own channel where they can play the role of reporter, comedian or talking head.

Yes, it can be hard to distinguish yourself in a crowded field, but makeup artists, yoga instructors and guitar instructors often find that they can attract thousands (and sometimes even millions) of viewers. By adding ads to your videos (through Google’s Adsense) you may even be able to earn a tidy income when your followers click on those spots.

4. Sell your photos or music online

Do you have a photographer’s eye or musical talent? Well, you may want to consider selling your photos on sites like Shutterfly or your songs on iTunes.

In fact, businesses, blogs, digital publications, individual users and even magazines are always looking for stock photos. You can upload your pics directly to browsable online catalogs and earn a commission every time someone purchases them.

Similarly, it’s easier than ever to create professional grade recordings of your music. Thanks to free multitrack audio software like Audacity — which allows you to record, edit and embellish your musical performances — even amateur musicians can sound a lot like their favorite indie artists

Once you’ve cut a single or an album you can upload them to sites like Amazon, CD Baby, eMusic Zunes, Rhapsody, Napster or iTunes to begin earning royalties. Of course, you’ll need to be one heck of a promoter, too, as the music business isn’t as lucrative as it once was.

Do you have an idea for a great app? Smartphones devices are changing the world and e-commerce. People are creating amazing apps for these mobile devices.

Here is a very short list of transformative app ideas:

What is your innovative idea? Once you’ve mapped out your app on a storyboard, you could turn to a professional developer. However, you could build and design it yourself using one of many free and low-cost platforms and services.

Designing your own app could help you change the world. It might even earn you a tidy sum in passive income.

Invest your time and talent

In the past, you usually had to invest money to generate passive income. But now you can create multiple revenue streams by investing your time, talent and effort. It’s never been a better time to turn your imagination and passion into a side business. What are you waiting for?