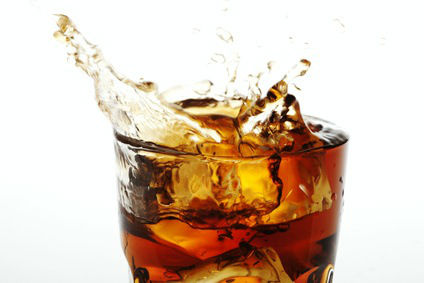 If you are still convinced that drinking a can of soda or two per day is not so bad, read on. Two new studies have linked soda consumption with deteriorative effects on the kidneys.

These studies add to the massive body of research that plainly shows why soda is absolutely awful for our health.

The first study, led by Dr. Ryohei Yamamoto of the Osaka University Graduate School of Medicine, linked soft drink consumption with proteinuria. Proteinuria is the increased excretion of protein in urine, and is seen as an early sign of kidney damage.

Dr. Yamamoto and his research team tested the urine of over 12,000 university employees for protein content during their annual health exams. In those that had normally functioning kidneys at the beginning of the study, 8.4 percent of the individuals that did not drink daily sodas developed proteinuria within a three-year median follow-up.

Regarding this study, Dr. Orlando Gutierrez, a kidney specialist at the University of Alabama, states, “We can assume that this is a healthy population, so I think the results are relative to healthier people, not just those with kidney disease… We now understand that protein in the urine may be a really early marker for heart disease, stroke and heart failure.”

The second study, led by Agustin Gonzalez-Vicente of Case Western Reserve University, found that fructose, even in moderate intake levels, can interfere with the kidneys’ ability to regulate salt balance, leading to higher salt reabsorption in kidney cells.

The researchers have associated this finding with better explaining how high fructose corn syrup, a sweetener used in many sodas, contributes to kidney failure, hypertension, diabetes and obesity.

Both of these studies were presented in early November at the American Society of Nephrology’s Kidney Week 2013 event, held at the Georgia World Congress Center in Atlanta.

These two new studies are just the tip of the iceberg when it comes to documented research exploring the many dangers of soda and diet soda. As Dr. Anil Agarwal, a kidney specialist at Ohio State University, aptly concludes, “There is no safe amount of soda.”

With so many delicious and healthy beverage options available (pure, distilled water being by far the best), soda is one drink that simply does not belong in our diets.