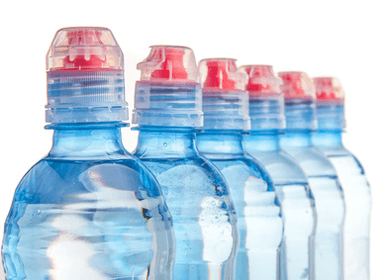 We all have it in our body right now and don’t even know it. Its use is so widespread that there is virtually no way to avoid it. Bisphenol A (BPA) is a chemical that is associated with the production of epoxy resins and polycarbonate plastics. Epoxy resins are used to coat metal found on food cans, water supply pipes and bottle tops. Widespread use of polycarbonate plastics includes infant and water bottles, medical devices, receipts, drink and food packaging and compact discs to name a few. Implicated in a number of health-related conditions such as increased risk of obesity, diabetes, kidney disease and heart disease, BPA disrupts the production of certain hormones in the body.

Although news of the dangers of BPA is not new, a recent study out of the Columbia Center for Children’s Environmental Health at the Mailman School of Public Health has new information. Researchers have identified, for the first time, a link between early exposure to BPA and an increased risk of developing asthma.

Over the last thirty years, incidences of asthma has been on the increase which has sparked the interest of the scientific and medical communities. The study at Columbia followed measured BPA levels in over 500 mothers during the third trimester of pregnancy and also in the children at two year intervals after birth.. Once all the factors associated with asthma were adjusted for a number of positive associations between BPA and respiratory problems became evident. The risk of a child developing asthma increased if BPA was found in urine samples at 3, 5 and 7 years of age. In addition, BPA in the urine as early as 3 was linked to an increase inn wheezing by the age of 5 and 6.

Why is BPA not Banned?

This new research adds to a mounding pile of research that has found positive associations between low levels of BPA exposure and extremely serious health conditions. So, why is the Food and Drug Administration still ok with something so harmful? Even their own research demonstrates that BPA seeps out from can linings into food and studies such as one done in 2011 from Harvard found BPA at high levels in people who consume canned soup.

The FDA claims, despite the numerous studies linking BPA to health complications, that the study of endocrine disrupters is so young that many questions about the direct impact still exist. In other words, they are going for the innocent until proven guilty theory. However, many health advocates would argue that the guilt has already been proven, so why take any more chances? After all, it was less than a year ago that the government banned BPA from children’s products including bottles, drinking cups, food packages and plastic toys. Interestingly or not, manufacturers had already stopped using the chemical because of their own concerns with safety. The FDA states that they did not ban the use of 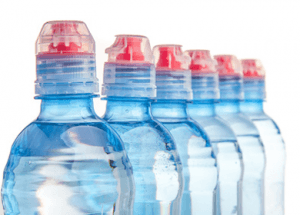 BPA for health reasons so much as to make a statement of clarity to consumers as to which types of products do not contain the substance. This is a fact that those pushing for the complete ban of BPA are not buying.

If the FDA once thought it was fine for children to ingest BPA and retracted this thought by action of banning, what will they say in the future about the still prevalent use of BPA in products and food used and consumed by millions of American daily?