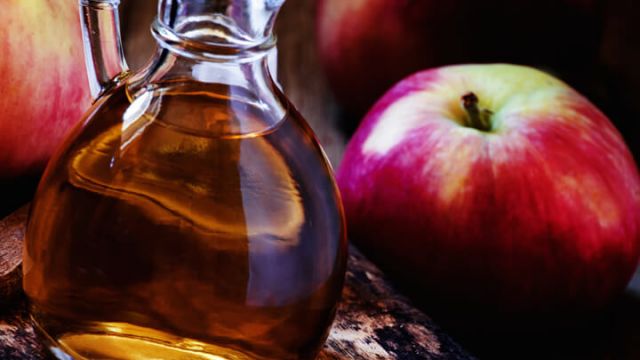 It’s a point in every woman’s life which she knows will come but fears it anyway. Menopause sweeps into our lives and turns our world inside out, signaling not only the end of our last vestiges of youth but also the potential onset of some seriously inconvenient symptoms.

According to the National Institute on Aging, menopause typically occurs between the ages of 45 and 55, with the average woman experiencing her last period at the age of 51. It may have negative connotations, but it’s simply a fact of life, as inevitable as puberty, and just as necessary. Menopause signals a woman’s last menstrual period, and can be divided into three phases: perimenopause, menopause, and postmenopause.

Perimenopause can manifest in a woman’s body long before her final period, sometimes as far in advance as several years prior. During this phase, estrogen and progesterone hormonal levels fluctuate to varying degrees, and some symptoms may therefore be experienced. The next phase, menopause, is reached when a woman has gone for a full year without her period. Finally, postmenopause simply refers to the remainder of a woman’s life following menopause.

While certain things, such as smoking or surgery, can alter the typical processes which surround menopause and time in your life when they occur, for most women menopause is characterized by a range of symptoms. For some women, these symptoms can be almost unnoticeable, while for others they can quickly make their life a whole lot less enjoyable. In this post, I’ll explore what those symptoms are, and how to easily and naturally treat them, to ensure you can keep on living life to the fullest!

Probably one of the most common and regularly referenced symptoms of menopause are hot flashes, known as “hot flushes” in certain circles. A hot flash is characterized by a sudden feeling of heat in your body, often in the upper torso, neck and head. Women suffering from hot flashes can experience rash-like red areas on their chest, back and arms, intense bouts of sweating and shivering, and the dreaded “night sweats” which can wake you drenched from your slumber. Hot flashes can range from half a minute to over 10 minutes, and they’re almost always highly unpleasant.

A common symptom of the hormonal changes associated with menopause is rapid mood swings. Women who find themselves going through the process of menopause often report feeling irritable and quick to anger, and these feelings may be hard to suppress due to those fluctuations of estrogen and progesterone working their wily ways on your brain. Things like stress, body issues, tiredness and family problems can exacerbate the problem.

Another frustrating side effect of menopause can be inexplicable changes to your body. This might include extra weight in certain areas such as your waist or butt, soreness or aching in joints and muscles, loss of muscle mass and even gaps in your memory.

One of the more alarming symptoms of menopause is that many women may experience vaginal and bladder changes. This can include increasing vaginal dryness, making intercourse uncomfortable, more frequent vaginal or bladder infections, and difficulty maintaining control over your bladder.

Firstly, it’s important to remember that you are not alone in these symptoms, and that this is a normal stage in your life. The second thing to note is that there are a number of easy, natural steps you can take to either avoid these symptoms altogether, or make them a whole lot more bearable. While menopause may be inevitable, there’s no reason why it needs to be an unpleasant process.

One of the most important things you can do during and after menopause is to make a point of moving around as much as possible. This applies not just to the menopause stage in your life, but for every day of your existence! Constant movement is essential for encouraging healthy blood flow, keeping your metabolism active, and promoting healthy organs – all important parts of reducing the severity of menopause symptoms. Staying healthier in general means your body is more capable of dealing with this change, and it will ensure any symptoms of menopause are minimized both in length and unpleasantness. During the day, try to avoid staying in one position (i.e. sitting, standing, lying down, etc) for more than 20 minutes or so at a time.

In addition to simply moving about as much as possible, introduce weight-bearing exercise into your workout routine at least twice a week. Load-bearing activity encourages the body to build stronger, healthier bones, which offsets the bone degrading processes that can begin at menopause. Once menopause hits, women may lose up to three percent of bone density every year, making this kind of exercise vitally important to your health.

We all know that stress is bad for our bodies, but many people don’t recognize just how much damage that stress is doing. Stress forces your body to produce excess amounts of cortisol, which can exacerbate the symptoms you’re experiencing from the menopause-induced estrogen and progesterone hormonal fluctuations. If you’re constantly stressed, you’re more likely to experience things like night sweats, insomnia, weight gain, and rapid mood swings.

If you find yourself subject to stress, step aside from the rat race for 10 minutes to focus on your breathing or take a walk somewhere natural, such as the park or down by a body of water. Both of these things have been shown to drastically lower stress levels, and doing this every time you stress out can really make a big difference. If you find yourself anxious or pumped up on cortisol before bed, try some relaxing yoga stretches or download a guided meditation app on your phone.

Apple cider vinegar, or ACV, is a popular drink in the alternative health community and one which continues to amaze me with the vast range of benefits it provides. Regularly consuming raw, unfiltered, organic ACV at least once a day (I prefer it first thing in the morning, before breakfast), can reduce the intensity of hot flashes, help avoid weight gain, and lower stress levels. Try this simple mixture to ensure you get the most from your ACV:

1. Add one tablespoon of ACV to a glass of water and drink slowly first thing in the morning, before eating. Because ACV is strong, you can start with one tablespoon per day then work your way up to two once you become more accustomed to it.

Flaxseed is a great natural solution for many of the symptoms of menopause due to the phytoestrogenic abilities of its high levels of omega-3 fatty acids and lignans. A 2007 study published in the Journal of the Society for Integrative Oncology found that flaxseed therapy reduced the frequency of hot flashes by an average of 50 percent, with their severity reduced by an average of 57 percent.

In recent years, the world has turned it’s back on soy products due to means by which it is produced and its estrogenic properties. With the onset of menopause, however, many experts believe that soy comes into its own, with the phytoestrogens it contains actually working to reduce the severity of menopause symptoms and make the transition to a newer you a lot smoother. Try introducing a glass of organic, non-GMO soy milk into your daily diet and see for yourself.

Here Are 81 More Reasons To Use ACV Every Day (Beware, Though, You Need To Follow These Exact Measurements)

Looking for more natural ways to treat your menopause blues? You might want to check this article out!