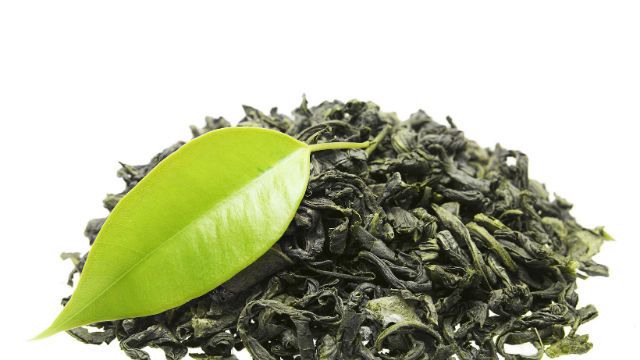 The extensive health benefits of green tea have been known in Asian countries such as China and Japan for thousands of years, and are now coming to light in the West, as well. Among these benefits are potent antioxidant and anticarcinogenic properties. Recent research has added further weight to the cancer-combating potential of green tea.

Green tea leaves come from the Camellia sinensis plant, the same plant from which black teas are derived. The difference is, when the leaves are harvested, those that go towards making green tea are only withered and steamed, while black tea leaves are crushed and fermented to make various varieties, such as Earl Gray and Oolong.

As we reported in a previous article, cancer rates in China and Japan are significantly lower than cancer rates in the United States, and it is thought that regular green tea consumption contributes to this. A polyphenol found in green tea, epigallocatechin-3-gallate (EGCG), has been linked to having anticarcinogenic properties. Green tea also contains other catechins, epicatechins and thearubigins, all of which are flavonoid antioxidants which work to combat chronic disease.

A 2013 study published in the Journal of Nutritional Biochemistry found that green tea extract (called ‘CS’ in the study, for Camellia sinensis) stunted the growth of breast cancer cells, and decreased the spread of these cells to the lungs and liver, in lab and mouse studies. The authors concluded, “the present study demonstrated that the CS aqueous extract, which closely mimics green tea beverage, has potent antitumor and antimetastasis effects in breast cancer and could protect the bone from breast cancer-induced bone destruction.”

Another 2013 study, published in the journal Carcinogenesis and led by researchers at the University of Wisconsin – Madison, used an isolated version of EGCG, the polyphenol compound in green tea, in mouse studies of prostate cancer, and discovered that the compound led to “significant inhibition of tumor growth.”

These studies, and many more like them, give all the more reason to make green tea a part of your healthy diet. When choosing your tea, organic, loose-leaf green tea leaves are best, as they have undergone the least amount of processing and have not been sprayed with pesticides.

Green tea can also provide you with energy throughout the day, can reduce chronic inflammation, and has even been shown to help combat belly fat. Drink up and enjoy!