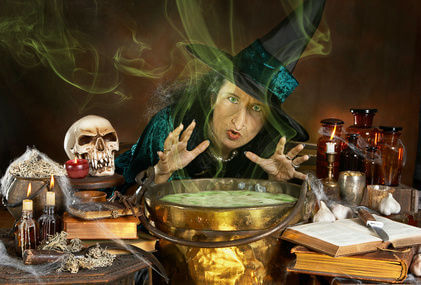 Some are asking, when it will stop? However, the truth is, as long as the rules are flexible, profit is in the driver’s seat and consumerism is fueling the engine, it is unlikely we will see the flames below the”witches cauldron” temper.

What is to Become of one of Nature’s Healthiest Foods?

For almost nine years, a bacterium has been devastating a large portion of America’s orange supply. This bacterium, caused by a jumping plant lice, makes oranges sour and leaves them half green; a condition known as citrus greening.

Ricke Kress, president of Southern Gardens citrus is in charge of two and a half million orange trees in Florida. He, in addition to thousands of other Florida growers, have tried all they know to stop the greening.

They have chopped down infected trees, sprayed triple the dose of pesticides and also sought trees that are naturally immune, in an effort to save the oranges. However, nothing has worked thus far, the oranges are still infected.

Is GMO Really the Only Way?

So, Kress and other interested industry parties, have come to the conclusion that the only way to save the orange supply and their profits is to head to the lab where millions of dollars have been spent already creating a genetically corrupt orange that is resistant to greening.

But… what will happen to the most popular healthy food on the planet? Will the public really be that quick to accept that in order to enjoy the fresh goodness of an orange they have to acquiesce to genetic molestation? Industry leaders are sure that the public will buy this “frankenorange” if it is the only option available. But is it?

Bubbling in the cauldron are genetic material from two plants, a virus, a pig and even a synthetic gene. Researchers are turning up the heat on this futuristic brew. If all goes as planned, the GMO orange trees could be planted in less than two years.

The Difference between Cross Breeding and Genetic Engineering

There appears to be a clear lack of understanding about the differences between conventional breeding and genetic manipulation, as cited in a recent New York Times article. Proponents of GMO oranges argue that genetic engineering is just one way that humans can shape food crops and that even conventional cross breeding has produced toxic types of vegetables from time to time.

However, the two are very different. Conventional breeding involves breeding different types of the same species and seeing changes occur over a long period of time, while genetic engineering involves the forced intermarriage of two different species in a laboratory. Not the same thing at all!

According to David Brownstein M.D., author of The Guide to Healthy Eating, “Genetically modified (GM) foods may look and feel the same as conventional foods, but they are drastically (and possibly harmfully) different.These types of foods have been altered by taking the genetic material (DNA) from one species and transferring it into another in order to obtain a desired trait. The FDA does not require any safety testing or any labeling of GM foods, and introducing new genes into a fruit or vegetable may very well be creating unknown results such as new toxins, new bacteria, new allergens, and new diseases.”

In 1992, Dr. Louis J. Pribyl of the FDA’s Microbiology Group warned that there is “a profound difference between the types of expected effects from traditional breeding and genetic engineering.”

There are many explanations of why genetic engineering becomes faulty, but for starters here are two:

DNA does not always fully break down in the alimentary tract. Gut bacteria can take up genes and GM plasmids, opening the possibility of the spread of antibiotic resistance.
Insertion of genes into the genome can also result in unintended effects. Some of the ways the inserted genes express themselves in the host or the way they affect the functioning of the crop’s own genes are unpredictable. This may lead to the development of unknown toxic and/or allergenic components.

What’s Happening in the Lab

We think it is just tomatoes, soy, corn, cotton, salmon and oranges that are victims of this shoot from the hip science but here are some real, and very scary facts about what is going on in laboratories.

How Can So Many Other Countries be So Stupid?

If genetic engineering is such as s safe practice, why do over 60 countries ban its use? EIther they are all really stupid and we are super smart or its the other way around. We will let you be the judge of that.

“Since the body becomes what we feed it, genetically modified foods and produce will have a negative influence on one’s cellular structure.” – Ron Garner, Conscious Health: A Complete Guide to Wellness Through Natural Means