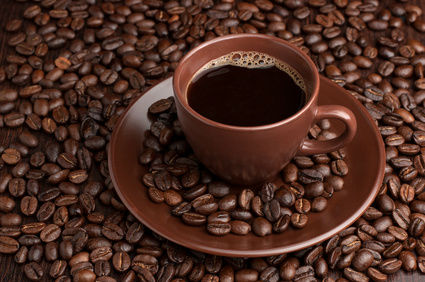 Gotta have your morning cup of coffee to get the day started right? More and more research shows that this practice may provide a significant boost to your health.The latest study involving caffeine has found that it may improve memory.

The study was performed at Johns Hopkins University, and involved a double blind trial in which participants were given either a 200 miligram caffeine tablet, or a placebo, five minutes after they were shown and instructed to study a series of images.

According to the researchers, the ability of the brain to tell the difference between similar items that are not identical is called “pattern separation,” and signifies “a deeper level of memory retention.”

The paper’s senior author, Michael Yassa, an assistant professor of psychological and brain sciences at Johns Hopkins, said, “We’ve always known that caffeine has cognitive-enhancing effects, but its particular effects on strengthening memories and making them resistant to forgetting has never been examined in detail in humans. We report for the first time a specific effect of caffeine on reducing forgetting over 24 hours.”

Yassa added, “Almost all prior studies administered caffeine before the study session, so if there is an enhancement, it’s not clear if it’s due to caffeine’s effects on attention, vigilance, focus or other factors. By administering caffeine after the experiment, we rule out all of these effects and make sure that if there is an enhancement, it’s due to memory and nothing else.”

Aside from this new discovery of caffeine’s link to longer-term memory, coffee has many other important health benefits to speak of. One is a link to a longer life. Two large studies performed in 2008 examined the coffee-drinking habits of 41,736 men and 86,214 women with no history of cancer or heart disease.

Coffee contains a plethora of nutrients and antioxidants, including vitamins B2, B3 and B5, and the minerals manganese and potassium. Additionally, it has been linked to protecting the liver from cirrhosis, and potentially lowering the risk of cancer, stroke, diabetes, Alzheimer’s disease and Parkinson’s disease.

When choosing a coffee, keep in mind that your best options are always organic. Organic coffee is grown without the use of pesticides and herbicides, and its cultivation therefore poses much less risk to both the environment and to workers.

To add an even bigger health punch to your cup of coffee, try blending it with some organic, extra virgin coconut oil, and have a truly nutritious and happy morning.