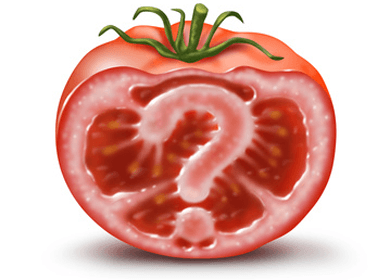 At some point in history, the soil mattered. Farmers put time and consideration into building up the earth to support healthy plants full of rich nutrients and disease fighting phytochemicals. The industrialization of food has brought with it the demise of health for a nation once committed to being good stewards of the land.

Highly evolved methods of farming bring with them many dangers including the widespread use of pesticides, herbicides, synthetic nitrogen fertilizers and genetically modified plants. When is a tomato no longer a tomato? When it is conceived in a petri dish, not in rich and fertile soil under the warmth of the sun. There is a price to pay for trying to pull one over on Mother Nature, and we are walking testimonies to that in this day.

According to recent research out of Brazil, tomatoes that are grown in organic soil are far healthier than tomatoes grown with non-organic soil. Don’t let their small size fool you, organic tomatoes pack a powerful nutrient punch. Because organic farming does not use nitrogen fertilizers, plants are forced to activate their own defence mechanisms which drives up their level of antioxidants. The more stress a plant is under, the greater the amount of polyphenols it will produce. Polyphenols are natural antioxidants that not only protect the plants but as research has found, protect us from such things as cardiovascular and degenerative diseases and even cancer.

However, while many are embracing the organic movement, working on building the soil, there is still much genetically modified research being conducted. From seeds that resist pest infestation, drought and disease to the latest research on using a tomato as a carrier for a cholesterol-lowering peptide, there seems to be no stopping our attempt to mess with what comes naturally.

In a mind-blowing study out of UCLA school of medicine, a genetically modified tomato was used to lower inflammation in mice fed a typical Western diet. The results of the study showed that mice who consumed the tomato had lower levels of inflammation and bad cholesterol in their blood than mice who did not eat the tomatoes. 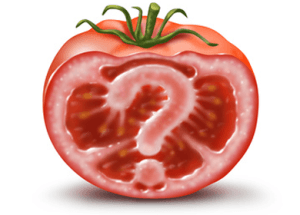 What researchers say this means is that conditions with a strong inflammatory component such as ovarian and prostate cancers, Alzheimer’s, asthma and more could be treated by use of this peptide-stuffed tomato. If this sounds scary to you, it is because it is. The lack of long-term studies on genetically modified foods and what research is available, raise a yellow caution flag to such practices.

Why not just eat a healthy diet loaded with organic fruits and vegetables and avoid the inflammation that leads to disease in the first place? Said the organic tomato to the genetically modified tomato ” I know I am…but what the heck are you?”