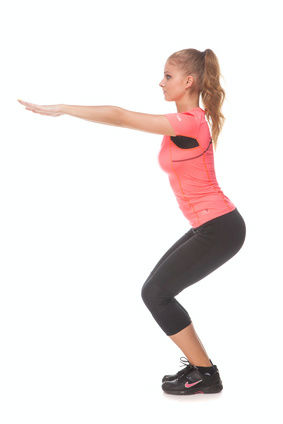 Pete Kendrick of CrossFit604 in Vancouver, British Columbia says that if the “Terminator” films were all about the rise of machines, the exact opposite is true of CrossFit. The former Canadian Jr. National Field Hockey player who has been in the CrossFit game for five years, and now coaching full time, believes the idea of working out on machines is gone.

Kendrick believes that the “magic of the sport” is in the competition and the camaraderie, while the “killer body” CrossFit participants enjoy is just an “awesome side effect.”

CrossFit was founded by Greg Glassman more than a decade ago, growing from a backyard competition to a worldwide fitness phenomenon. It’s defined as “constantly varied functional movements at high intensities” involving Olympic weightlifting, gymnastics, cardio and flexibility. Many consider it to be not just a form of exercise, but a lifestyle.

Its mantra is preparing the body “not only for the known, but also the unknown,” and it’s a very challenging workout. CrossFit targets what it refers to as the major components of physical fitness: cardiorespiratory fitness, stamina, muscular strength and endurance, flexibility, power, speed, agility, balance, coordination, and accuracy. It requires working out 3 to 5 days per week with highly intense but short sessions that take about 5 to 15 minutes to complete.

Workouts typically combine explosive exercises done in a circuit format with one exercise following right after the next and very little rest in between. The main workouts involve the entire body and include pushing, pulling, running, rowing and squatting.
The program can be performed on your own or at a CrossFit affiliate, of which about 3,000 locations can be found throughout the world.

If you attempt it on your own, keep in mind that it requires a base level of good physical fitness as well as knowing how to correctly and safely perform each movement. At least in the beginning, it’s probably best to join a CrossFit affiliate to be sure you know what you’re doing, and you’ll also get extra motivation from being around others who are doing the same.

CrossFit affiliates are not like the average gym or health and fitness club as there are no rows of cardio equipment or resistance machines, and members don’t perform their own personal routines. Instead, you’ll find a facility that looks like a warehouse with equipment that includes lots of bumper-plated Olympic weights, plyometric boxes, medicine balls, dumbbells, and kettlebells.

Pull-up bars, climbing ropes and gymnastics rings hang from the ceiling. Rowing machines are the only form of cardio equipment and workouts are completed in a group setting.

Each affiliate offers a one-month initiation course. Newcomers must complete the course to learn the proper training technique for all of the major exercises performed in the program.

Michael R. Esco, PhD, CSCS, HFS and assistant professor in the department of physical education and exercise science at Auburn University in Montgomery, Alabama advises “If you are healthy and can endure grueling workouts, then give it a try. You will probably enjoy it, just like most ‘Crossfitters.’ ”

But, he says, if you are out of shape or just beginning a fitness program it’s essential to join a CrossFit affiliate to receive the appropriate personalized attention.

While CrossFit may be just another fitness fad, many believe it is here to stay and that its increasing popularity will outpace treadmills and elliptical trainers. Although it is unlikely that gym machines will disappear entirely.

Have you tried CrossFit?